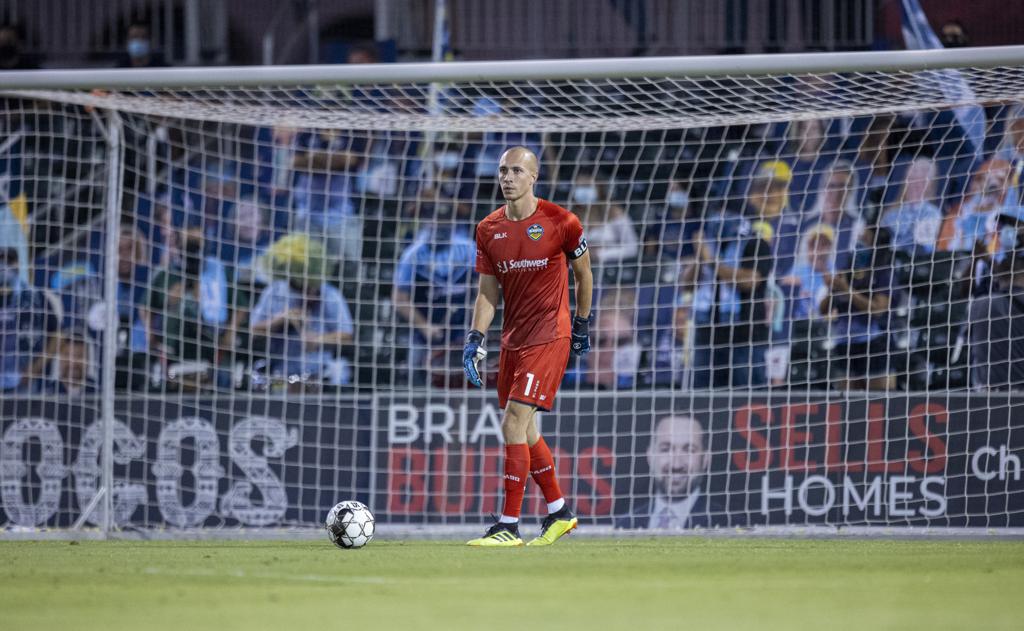 The 2020 USL Championship playoffs kick off in full swing as El Paso Locomotive welcomes FC Tulsa to Southwest University Park. While the two have yet to meet in the 2020 season, Locomotive controls the all-time series record between the two, having won 2-0 on the road before splitting the points 2-2 at home. Each side is going into Saturday’s contest on a hot run form where it will come down to a few key matchups on the pitch that will decide the flow of the game:

Since joining Locomotive ahead of the 2020 season, Dylan Mares has made a definitive impact to help Locomotive find its run of form. Mares has ball control and vision to out do his opposition, leading him to four goals – all game-winners – and four assists this season. The midfield maestro has 38 chances created, the second highest goal scorer on the roster and the assist leader of 2020, meaning it will take the steadfast defensive mind of Tulsa’s Kevin Garcia to help shut him down.

Garcia has been a staple at the center of Tulsa’s backline through 2020, leading with 32 interceptions and blocking 14 attempts to help lift his side into a playoff position. The veterinary presence of Garcia has a read of a game that has led to winning 72% of his tackles this season. Should Mares be able to use his footwork and pace to outperform Garcia, Locomotive will have a good chance of making a second consecutive Conference Semifinal appearance.

In the holding midfield, few have been able to beat out Yuma through the 2020 regular season. A powerhouse on the defensive side of the ball, Yuma has been able to shut down opposing attacks at an early end. Just through the final week of the regular season, Yuma completed 98% of his passes to kick off the attack while winning 75% of his duels to earn a nod on the USL Championship Team of the Week. Come Saturday, it will Yuma will be challenged by FC Tulsa’s Ariel Martinez.

The 34-year old Cuban international leads his side tied with three assists while being able to find opportunities past defensive lines to create meaningful chances on goal. With an 81% percent passing accuracy through the season and a plethora of experience on the international stage, it will be battle in the Locomotive defensive third against the Spaniard defender.

Should FC Tulsa find its way to test the Locomotive goal, will it likely be through their leading striker, Dario Suarez. With a dangerous right foot, Suarez stands as Tulsa’s leading goal scorer, boasting eight goals through 15 appearances this season. Though one of four shots on goal find its way into the back of the net for Suarez, he will have to beat the Wall of the West, Logan Ketterer.

In 2019, Ketterer claimed second in the Western Conference for clean sheets with 13. The Wisconsin-native built on that success in 2020, claiming best in the league with eight clean sheets through the condensed season. A barrier to be beaten, Ketterer boasts a goals against average of .875 this season, helping make the Locomotive goal one of the most secure in the league.