Locomotive Welcomes Switchbacks for Round 3 of 2020 Series 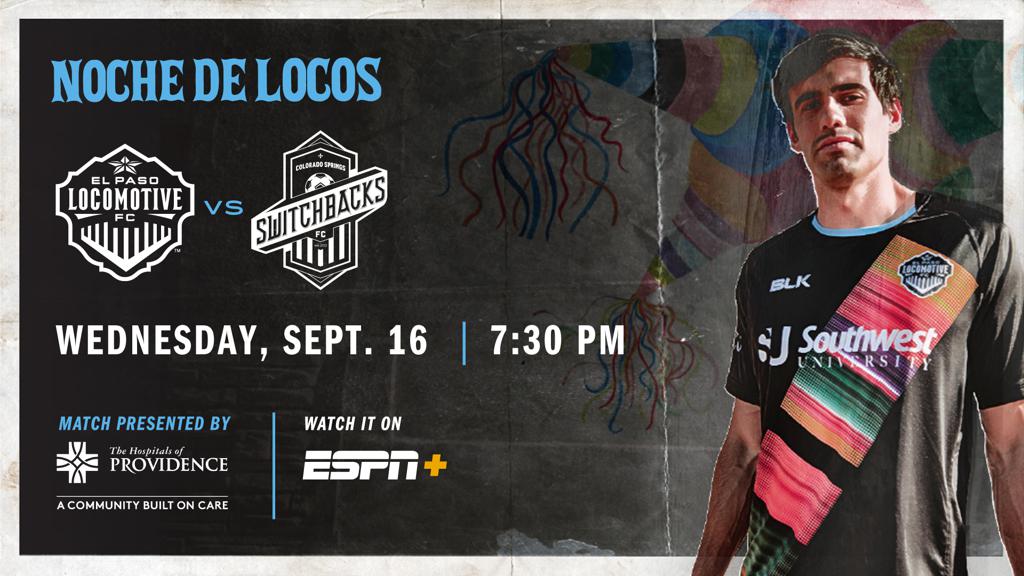 El Paso Locomotive FC is set to take on Colorado Springs Switchbacks FC at Southwest University Park for a quick midweek matchup on Wednesday, September 16. Kickoff is set for 7:00 p.m. MT and will be broadcast live on ESPN+. Tickets are available for purchase now at eplocomotivefc.com/tickets.

After an upset victory over the previously undefeated San Antonio FC, Los Locos extended its undefeated streak to six with a record of 5-0-1 (16 points), putting El Paso in charge of its own destiny. Just two points below New Mexico United with a game in hand, Locomotive is full throttle in the fight for the Top of Group C, giving the El Paso team the right to host the opening round of the 2020 USL Championship Playoffs. Before setting its eyes on the postseason, however, Locomotive FC first looks towards Wednesday when it hosts Colorado Springs Switchbacks FC.

Switchbacks FC has been without a win since returning to play in July, currently on a record of 0-1-4 (four points) in its last five outings. Sitting at the bottom of the Group C table with 8 points total, Wednesday’s match is do-or-die for Colorado Springs as a loss could see the Rocky Mountain side be mathematically eliminated from playoff contention. Meanwhile, Locomotive could book its ticket to a second consecutive playoff appearance with a crucial victory on Wednesday night, paired with results in favor of Portland Timbers 2 against Real Monarchs on the same night.