Presented by The Hospitals of Providence 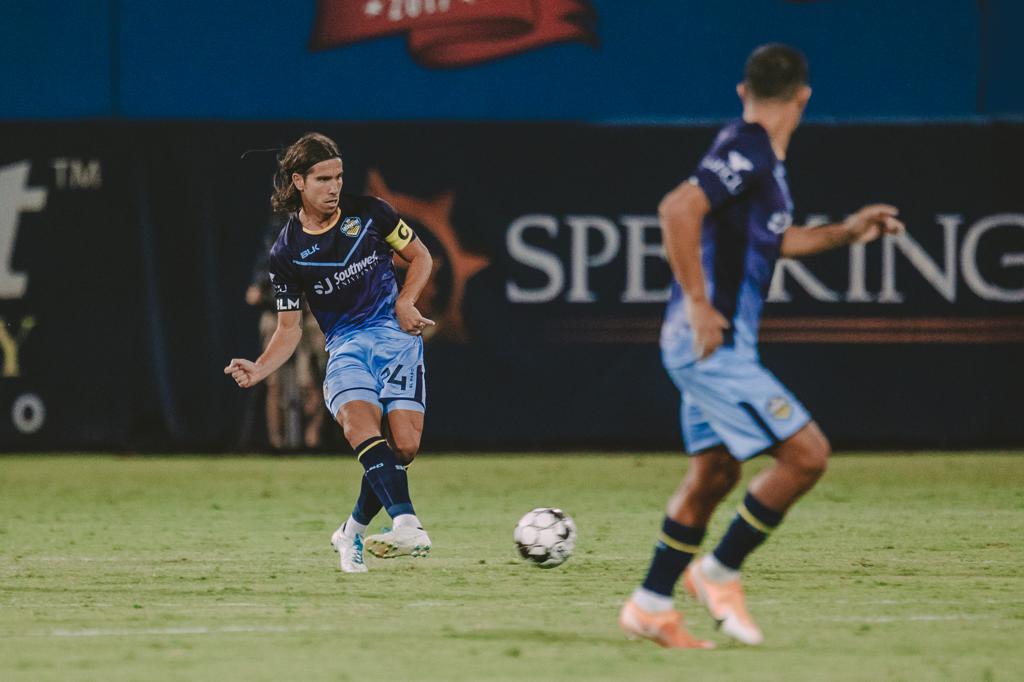 El Paso Locomotive FC has put itself on the right track to the playoffs with statement wins over New Mexico United and San Antonio FC to keep the Locos Blue in a fight for top of Group C. Holding the midfield and aiding in the transition from defense to offense has been key in securing those statements wins. Yuma has been a powerful piece in central midfield, helping lift his side to six points against critical opponents.

Joining the match against New Mexico United as a second-half sub, Yuma dictated the midfield, completing 100% of the few passes he made through his 17 minutes on the field, helping lead to the first Locomotive victory over their regional rivals. The Spanish midfielder donned the captain’s armband against San Antonio FC, leading the charge in the holding midfield spot to command a 2-1 victory over San Antonio. Taking two rifled shots towards goal that proved to be near misses, while completing 77% of his passes and winning 54% of his duels, Yuma dominated the midfield to hold off the San Antonio attack.

Yuma’s impressive performances in recent weeks in tandem to his performances across the 11 matches so far, makes the 34-year-old the Hospitals of Providence Player to Watch against Colorado Springs Switchbacks FC on Wednesday.

All aboard for 2020 El Paso Locomotive FC home matches! Tickets are now available on a staggering release to Season Ticket Members, group leaders, prior ticket purchasers, and next to those on the team’s ticket waiting list before being made available to the general public. If you wish to gain priority access for tickets to upcoming Locomotive FC home matches secure your Season Seats or signup for the waiting list at eplocomotivefc.com/tickets.