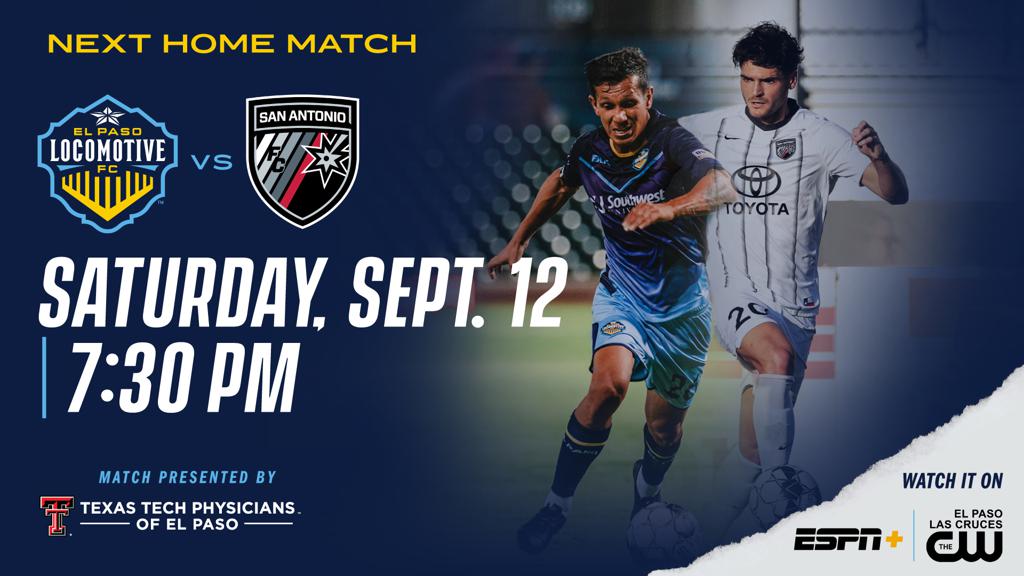 Los Locos extended its unbeaten streak to five after picking up their first series win over New Mexico United. Macca King opened the scoring with his headed effort on the corner served in by Dylan Mares. While New Mexico United fought back to take the lead ahead of the break, Locomotive never backed down. Omar Salgado leveled the game with a pass in the middle that United defender Austin Yearwood redirected into the net as an own goal. Salgado mirrored the same pass again in the 88th minute, finding the foot of Mares who put away his third-game winning goal of the season to pick up three points.

Locomotive can make a statement win over a potential playoff opponent when it hosts San Antonio FC. San Antonio FC stands as the only remaining USL Championship team undefeated, posting a record of 8-0-3 (27 points). The Central Texas team travels west to take on a Locomotive side that has found a run of form that could be the undoing to the 11-game streak. The two sides met twice in 2019 resulting in a scoreless draw and a 1-3 loss for Los Locos at Southwest University Park in mid-July. A Locos win paired with results elsewhere could see the El Paso team jump to the top of Group C and continue their strong run to host the opening Round of 16 in the USL Championship postseason.