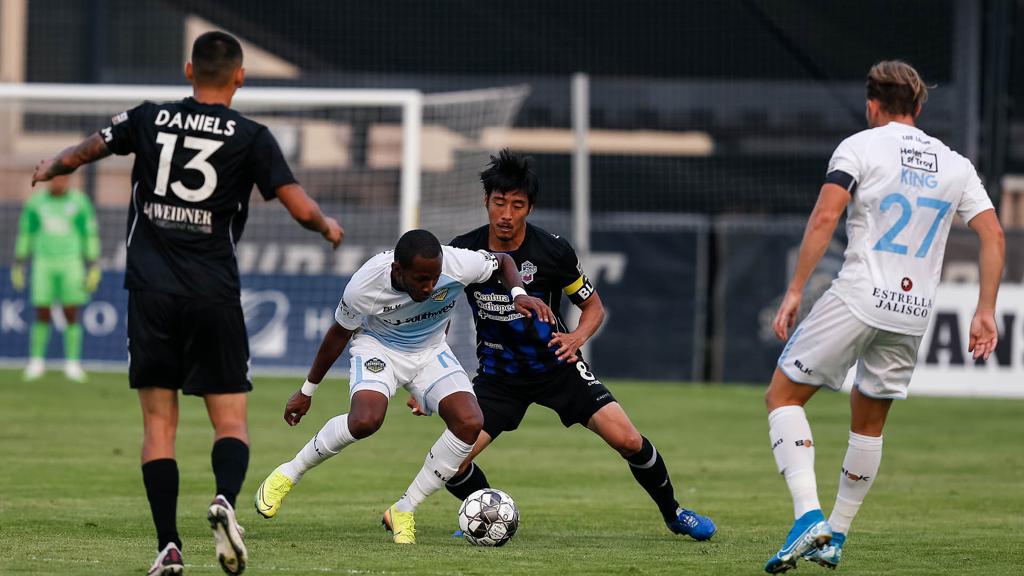 El Paso Locomotive FC (3-2-3, 12 points) split the points on a scoreless draw with Colorado Springs Switchbacks FC on Saturday. Logan Ketterer earned his fourth clean sheet of the season behind three saves while Brent Kallman and Leandro Carrijo made their Locomotive debut.

The Round 2 match-up between Locomotive FC and Switchbacks FC was an aggressive and tight affair that left with both sides struggling to create meaningful chances towards goal. As the game began to open up, it was Switchbacks FC providing shots towards goal Locomotive FC easily dealt with. Locomotive FC took control of possession after the 30-minute mark fighting for the opening goal, however the first half closed without a goal to show.

Los Locos opened up the second half with some venom seeing some chances through a freekick from Dylan Mares and a near goal by Saeed Robinson but was unable to capitalize while Ketterer and the defensive line ahead of him continued to shut out the Switchbacks offensive on the other side. While Locomotive tested the Switchbacks defense through the final 15 minutes, both sides stood firm to end the contest without a goal to show.

UP NEXT: El Paso Locomotive FC returns to Southwest University Park to host Real Monarchs in more Group C action. Round 2 of Locomotive FC and Real Monarchs is set for Saturday, August 29 with kickoff set at 7:30 p.m. MT and will be televised live on El Paso – Las Cruces CW and ESPN+.

- Locomotive FC keeps its seven-point lead over Switchbacks FC on the Group C table as it moves to three games undefeated.

- Goalkeeper Logan Ketterer earned his fourth shutout of the 2020 season, after making three saves throughout the night.