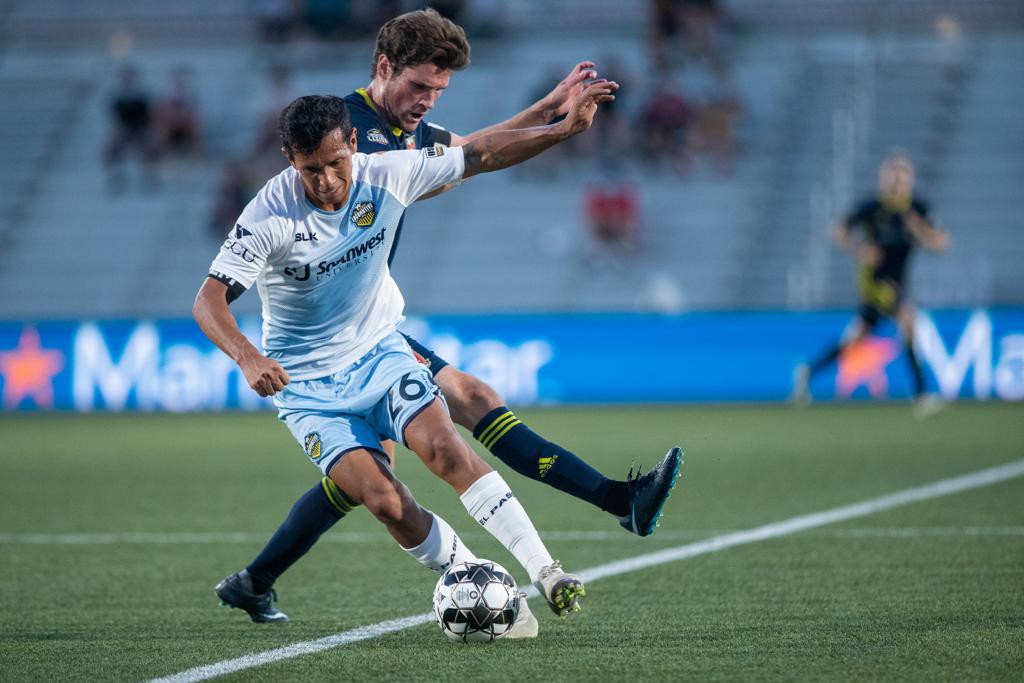 El Paso Locomotive FC (3-2-2, 11 points) created more breathing room over the playoff line in Group C with a 1-0 victory over defending champions Real Monarchs on Saturday. Nick Ross opened his 2020 goal scoring record with the lone goal of the night.

The first 45 minutes was a tight affair, with both sides trading possession and opportunities as the Locomotive FC front linked to create dangerous plays on the Monarchs goal, while Logan Ketterer and his backline did well to protect the net from dangerous strikes on the other end. The first Locomotive opportunity came from a near perfect freekick from Dylan Mares who pinged the upright before later linking up with Aaron Gomez nearly finding a chance that got cutout from the Monarchs defense.

Locomotive opened the second half with Gomez taking a shot within a minute of the whistle that was just deflected. The 51st minute broke the deadlock as Locomotive FC linked up as Gomez found Ross in the middle of the pitch, sending the shot into the bottom right of the net. Late in the match, Real Monarchs fought for the equalizer to save the point, however, the Locomotive backline stood firm, protecting the scoring to secure the three points on the road.

UP NEXT: The Locos Blue remain on the road for more Group C action the team travels to Colorado Springs to take on Switchbacks FC. Kickoff from Weidner Field is set for Saturday, August 22 at 6:00 p.m. MT

ELP: Nick Ross (Aaron Gomez), 51st minute – In a fantastic build up, Chapa sends the ball wide to Gomez who took a quick touch to settle before sending back middle to find Ross at the center. Ross took another fast touch before sending the shot home into the bottom corner of the net for a go-ahead goal, breaking the regular season deadlock between the two.

- Macca King made his Locomotive FC debut, coming on as a substitution in the 61st minute for Nick Ross

- Aaron Gomez continued his attacking form, adding an assist to his three goals in the last four games.

- The win sees the regular-season deadlock between the two sides come to an end, as Locomotive FC puts space over the playoff line in the condensed season.