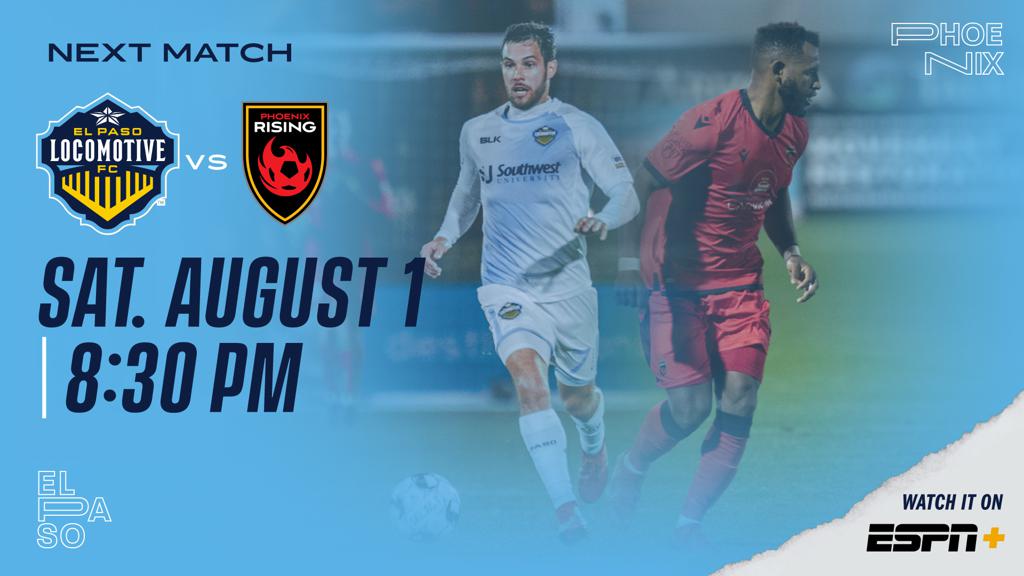 Locomotive FC heads into Saturday’s contest off back-to-back matchups against regional rival, New Mexico United. The first left much on the field after the two teams split the points on a 2-2 draw after a second-half penalty provided United with the equalizer to null the first half Locomotive advantage. United continued its pressure in Game 2, holding a 2-0 lead at the break, prompting the El Paso side to chase the game. Another late-game penalty provided FW Josue Aaron Gomez with a goal to pull one back, however, Locomotive was unable to find the equalizer to secure another point.

Los Locos now hit the road for the first time since its season opener in March, taking on the 2019 Regular Season title winners Phoenix Rising FC. The two last met at Casino Arizona Field a year ago in a contest that saw Locomotive drop the 2-1 result. Rising has been successful so far in the 2020 season, boasting the highest goal differential in the league with +8. Both sides will be eager to turn things around quickly as both teams enter Saturday’s intergroup contest off the heels of a loss.