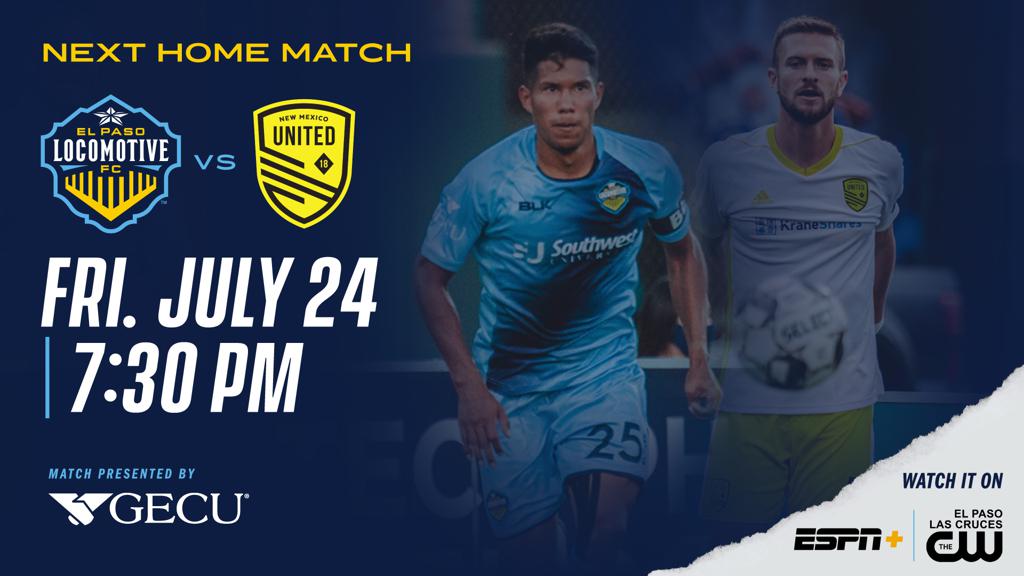 The two sides clashed in El Paso just over a week ago in a contest that saw the two split the points at Southwest University Park following a tense back and forth. Early pressure from United paid off with a quick goal, however FW Omar Salgado and DF Andrew Fox took the advantage with goals ahead of the interval. New Mexico United leveled the scoring in the second half, converting a penalty kick in the 76th minute and despite Locomotive’s best efforts to regain the lead, the two sides drew level at 2-2 at the end of 90 minutes.

It’s a quick rematch for the two as both sides feel there is still much left on the field following last week’s contest. Round 2 of Locomotive FC vs New Mexico United could prove critical for both sides trying to gain an edge on the Group C table. A win for Los Locos will provide breathing room as they create distance from the pack at the top of the group. Meanwhile, United will aim to vault to first with three points gained at Southwest University Park. The Derby Del Rio Grande showdown continues Friday, July 24 in El Paso!