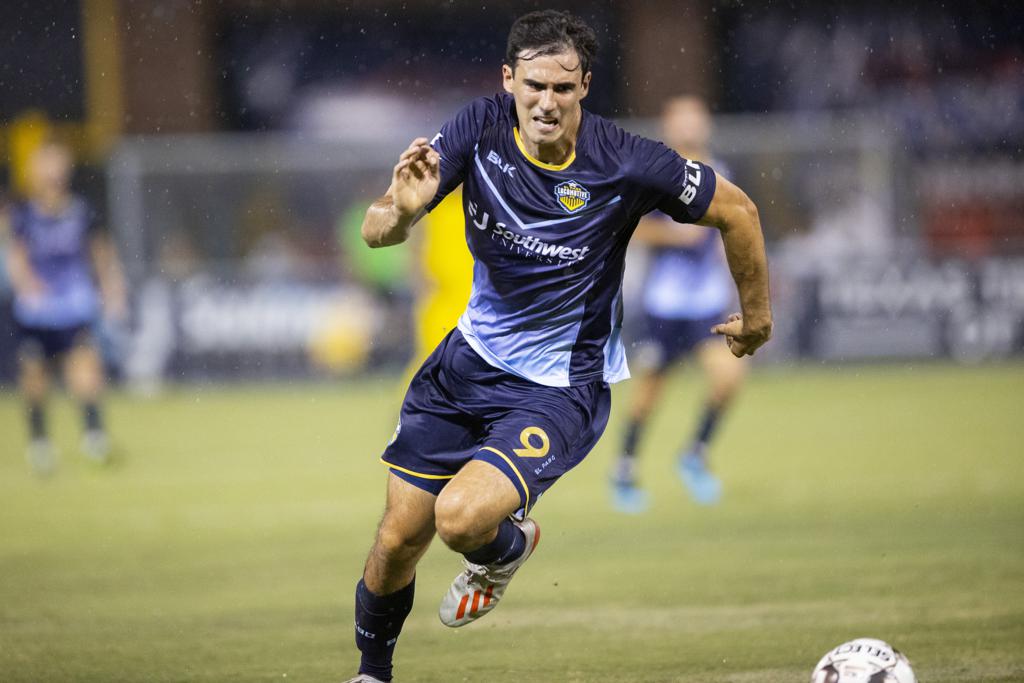 El Paso Locomotive FC (1-0-2, 5 points) split the points with a 2-2 scoreline against New Mexico United following a heated contest in the rain on Wednesday. FW Omar Salgado and DF Andrew Fox each recorded goals for the equalizer.

“Every point is important, not losing games is important, we are unbeaten in three, “ said Head Coach Mark Lowry, in a post-game press conference. “All those things are important and right now, it’s just raw because we had the chances to win the game. I think we are the team that’s most disappointed with the tie which says a lot about the group we have. We want to win every game.”

The derby got off to a quick start as United played in high pressure, punishing Locomotive on small mistakes in passing. The high pressure paid off early as an awkward bounce in the pass back landed at the feet of Chris Wehan who converted the opening goal. While Locomotive survived the heavy pressure through the rest of the first half, the El Paso side came back fighting late in the first when Salgado snuck one into the net in the 43rd minute and Fox converted on the follow-through following chaos after a corner in extra time.

The early moments of the second half, Locomotive was the stronger team, putting pressure in around Cody Mizell’s goal, however, New Mexico United quickly regained its high-pressure play, taking control of possession. As the rain started to fall, the game turned into an intense back and forth as each side fought for control. Though Locomotive sought the go-ahead against a 10-man United, the two split the points on the night.

UP NEXT: Locomotive FC returns to Southwest University Park for round two against New Mexico United. Kickoff is set for 7:30 P.M. MT on Friday, July 24, and will be presented live on ESPN+ and El Paso – Las Cruces CW.

NM: Chris Wehan, 11th minute – New Mexico started off with high pressure in the first half, keeping Locomotive deep within its own half. Ketterer was unable to handle a pass back from Jerome, allowing a Wehan in waiting to clean up the pieces and send United ahead with the opening goal.

ELP: Omar Salgado, 43rd minute – Bryam Rebellon took the run down the flank on the right side before sending a low pass to the far post where the ball took a small deflection off a New Mexico defender and into the path of Omar Salgado who snuck a strike into the back of the net.

ELP: Andrew Fox, 45th+4 minute – A corner kick sent into the middle of the box, and an attempted bicycle kick sees the ball loose in the penalty area following a deflection from United goalkeeper, Cody Mizell. Fox was quick on the reflexes to respond cleaning up the goal for the Locomotive advantage.

NM: Devon Sandoval (PK), 77th minute – A bad sliding tackle at the top of the box prompts the ref to point to the spot in favor of United. Sandoval stepped up to the spot and sent the ball to the low left, barely slipping past an outreached Logan Ketterer.

- Locomotive FC begins its group play with the first of four games will play against New Mexico United.

- With Round One in the books, Locomotive has a quick chance for revenge, facing New Mexico United again at Southwest University Park on Friday, July 24.