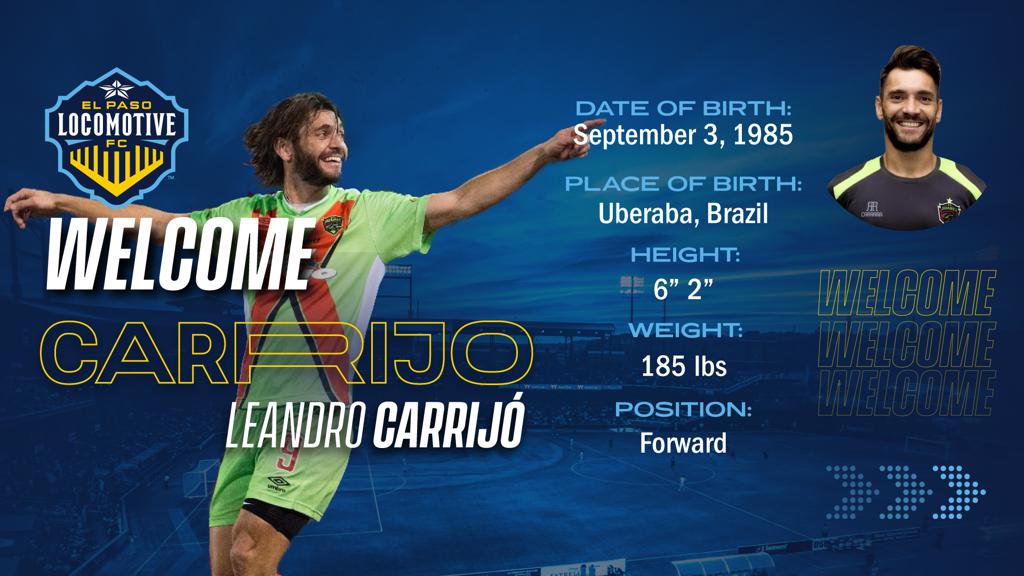 “Leandro will be another excellent addition to our group and once again highlights the relationship we have with FC Juarez,” stated Mark Lowry, Technical Director and Head Coach. “Leandro has been a proven goal scorer throughout his career, his quality is undeniable, and I’m looking forward to seeing him playing in our system and staying in a region where he is already loved by so many.”

A prolific and proven striker, Leandro Carrijo joins Locomotive FC as one of the top goal scorers for FC Juarez, having scored 73 goals across 102 appearances. Playing a seasoned career across leagues in Brazil, Hong Kong, and Mexico, the 34-year-old veteran is clinical in the final third having scored 36 goals in 77 appearances across the three leagues. The Brazilian’s storied career is championed with a Minas Gerais State League title win in 2007 as well as an Ascenso MX Apertura win in 2015 with FC Juarez.