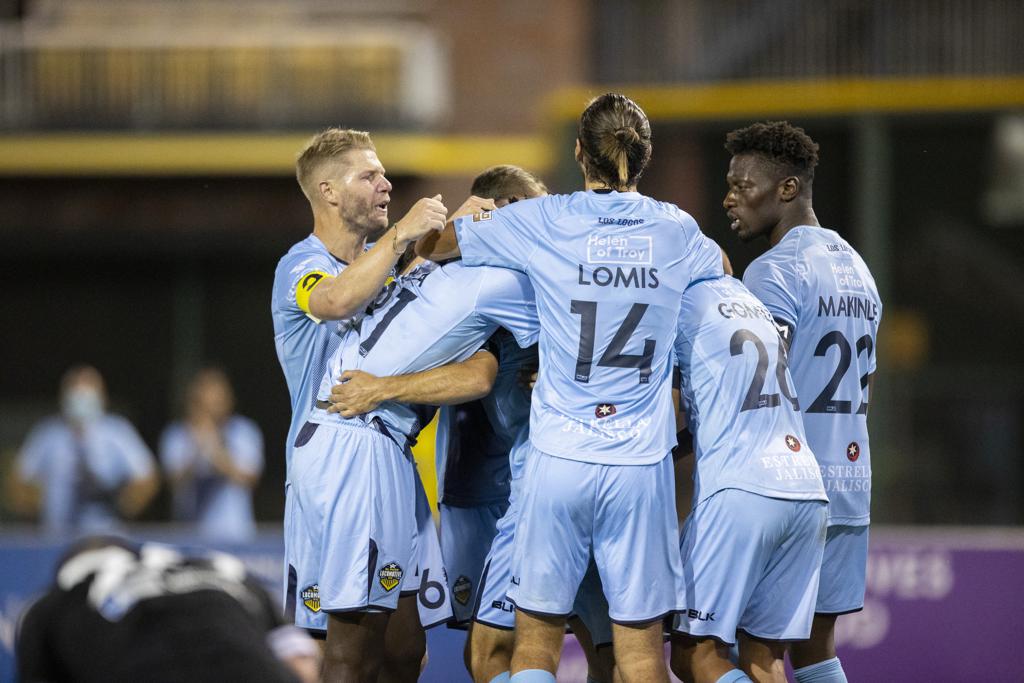 “I was amazed by how good the guys were, to be honest considering we haven’t played for four months and we haven’t been able to train for three of those months properly with the shutdown,” Head Coach and Technical Director Mark Lowry said after the match. “To do that after three weeks of full side training, just goes to show how good this group of players are and the desire and the passion they have.”

The first half saw the two sides shaking off the rust with a back and forth that saw Locomotive FC hold its own on the defensive front. With some key stops from DF Drew Beckie and easy grabs by GK Logan Ketterer, neither side was able to gain the edge in the first 45 minutes.

Momentum swung in the second half in Locomotive’s favor, as the team switched to an offensive that applied heavy pressure. DF Andrew Fox unleashed some crosses that set up for a goal, even taking a shot of his own that forced the Toros goalkeeper into massive saves. In the end, it was Mares with a quick touch and a shot to the near post to close out the homecoming with three points.

UP NEXT: Locomotive FC faces a quick turnaround with a midweek matchup against regional rival, New Mexico United. Kickoff from Southwest University Park is set for Wednesday, July 15 at 7:00 p.m. MT.

ELP: Dylan Mares (Aarón Gómez), 83rd minute – A beautifully weighted headed pass by Aarón Gómez found the gaps in the Toros defense which Mares took advantage of. One quick touch to settle the ball, was all it took to rifle the shot that found the back of the net for the game-winning go-ahead goal.

- Locomotive FC returned to Southwest University Park for the first time since the Western Conference Semifinal 3-0 victory over Sacramento Republic FC in October 2019.

- MF Dylan Mares opened up his account with a late-game goal to secure a critical three points in inter-group play.

- The victory against Rio Grande Valley FC marks one of three matches Locos will play with groups outside of its group. Phoenix Rising FC and San Antonio FC will make up the remaining two matches.