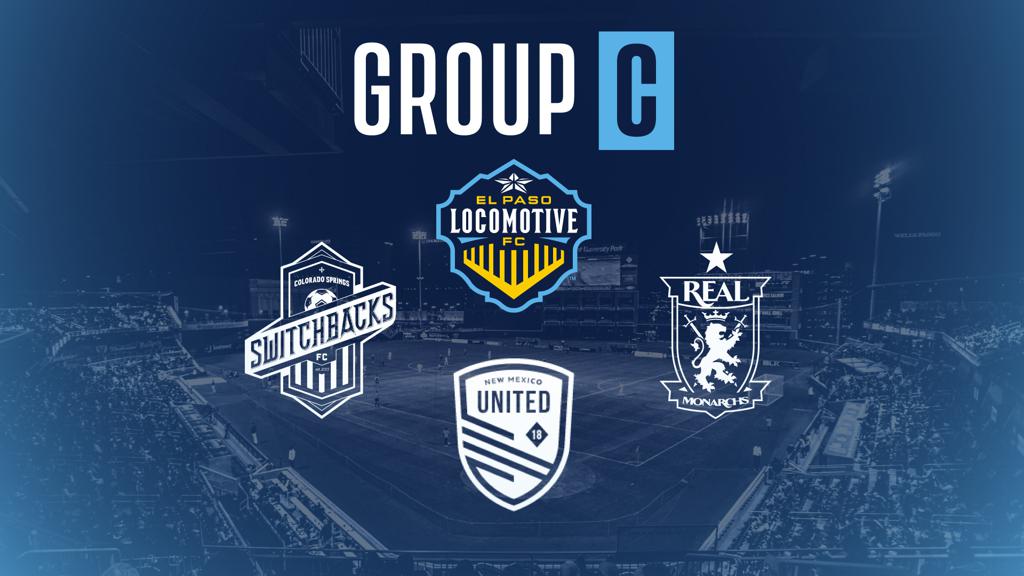 EL PASO, TEXAS – June 25, 2020 – El Paso Locomotive FC returns to play in July after being placed in Group C of the USL Championship for the remainder of the 2020 Regular Season. Locomotive will be joined by Colorado Springs Switchbacks FC, New Mexico United, and 2019 Western Conference Final foe Real Monarchs.

Locomotive FC resumes play with 15 games remaining on its schedule after having opened the 2020 season in March, securing an important point on the road against Orange County SC. The Texas club will play each member in its group four times, with the remaining three matches being played against teams from nearby groups.

2019 saw Locomotive sweep Colorado Springs in two separate 2-0 victories, earn a point against New Mexico United and pick up two scoreless draws against Real Monarchs through the Regular Season. The season culminated in a Western Conference Final showdown between Locomotive FC and Real Monarchs that resulted in a heartbreaking loss for El Paso after 120 minutes of play.

Filled with three 2019 post-season teams – including the 2019 USL Championship Title Winners and their Western Conference Finalist rival – Group C offers some of the most competitive matches in the West. Every point will matter to secure a top-two finish to book a ticket to the 2020 USL Championship Post-Season.

For information on Season Ticket Memberships, Group Tickets, and Individual Match Tickets and to be first on the ticket waiting list for 2020, signup at eplocomotivefc.com/waitinglist or call or text 915-235-GOAL.