Locomotive FC Bow Out of Division A Competition 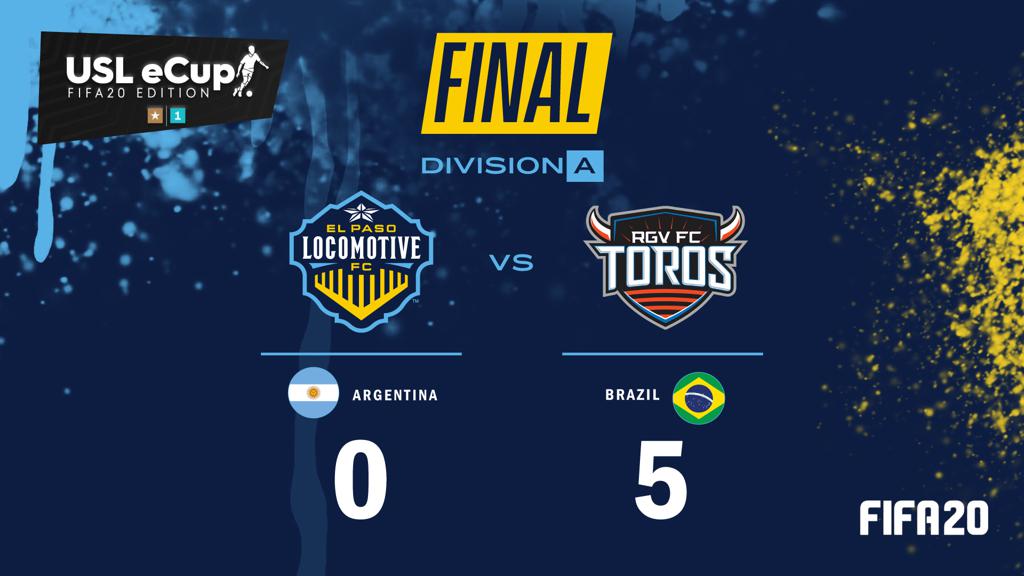 The first half, after a small amount of back and forth with Bosetti’s Argentina side getting the first real opportunity with a perfectly crossed ball into the middle of the park  ended with a volley over the crossbar. Rio Grande Valley’s Brazil side took control from there finding the first goal in the 29th minute after dribbling through the defenders to strike at close range. RGVFC controlled the match for the remainder of the half, but the Argentina defense was enough to shut out the attack and keep the scoring 1-0 at the break.

Mirroring the first half, Argentina got off to a strong start, taking advantage of a bad giveaway to run the counter attack to take a shot on goal with a backpass that hit off the post and back into RGV possession. Toros led Brazil to take control again through the second half finding a second goal in the 53rd minute before sneaking in another two goals at the 67th and the 78th minute. While Bosetti’s side began to rally an attack, RGV found a fifth goal in added time to put the match to rest on the 5-0 scoreline.

Locomotive FC now bows out of the Division A competition and will relegate back down to Division B for Week 4. Locomotive will return to action in Week 4 with all action being streamed live on the Official El Paso Locomotive FC Twitch channel.