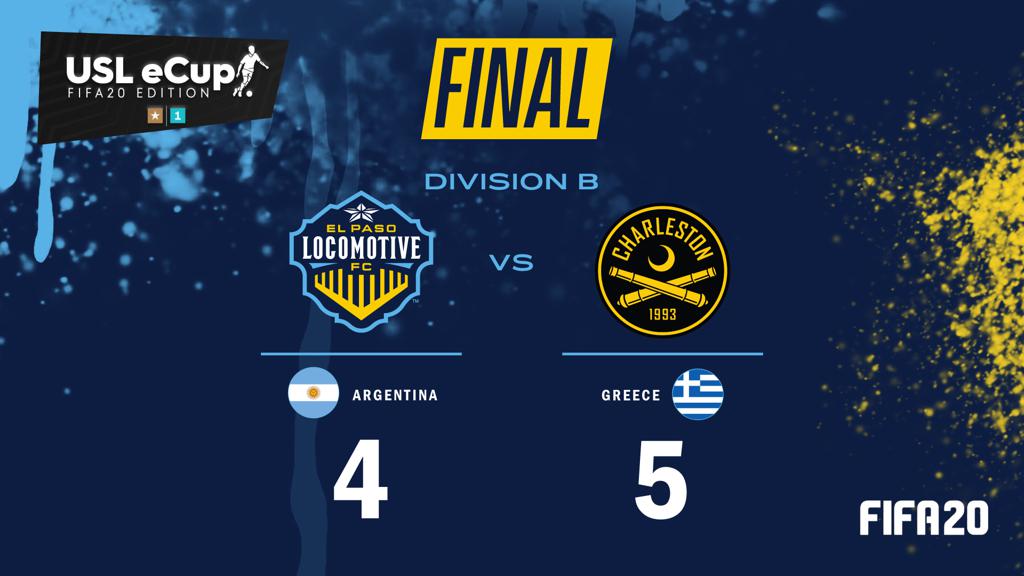 El Paso Locomotive FC fell to a 5-4 scoreline against Charleston Battery in the USL eCup: FIFA20 Edition to finish 4th in Week 2 Division B. The place secures Locomotive FC 150 points in the overall tournament as it turns attention towards Division A, having secured promotion ahead of Week 3.

After going down two goals early in the first half, Argentina staged a spectacular comeback under the guidance of Alexy Bosetti to hold a commanding lead through most the match. Bosetti found the first goal for his side with some quick passing at the top of the box to break up the Greece defense and pulling one back through Gonzalo Montiel before Nicolás Tagliafico converted the header from the corner kick to level the scoring ahead of the halftime whistle.

Bosetti and the Argentina National Team continued their form after the break as Sergio Agureo beautifully curved two goals into the far post to secure a brace, nearly finding the hattrick but had it is final shot deflected wide of the frame. Charleston Battery, representing the Greek National Team mounted a comeback of their own, playing on the counter to get in behind the Argentine defense to score three unanswered goals for the 5-4 win.

Locomotive FC moves into Week 3 having been promoted into the USL eCup top-flight. Alexy Bosetti will once again represent Argentina as he looks to improve the Locomotive FC standings in the overall competition. The Week 3 Division A schedule will be available shortly, but all matches will be streamed live on the Official El Paso Locomotive FC Twitch channel.