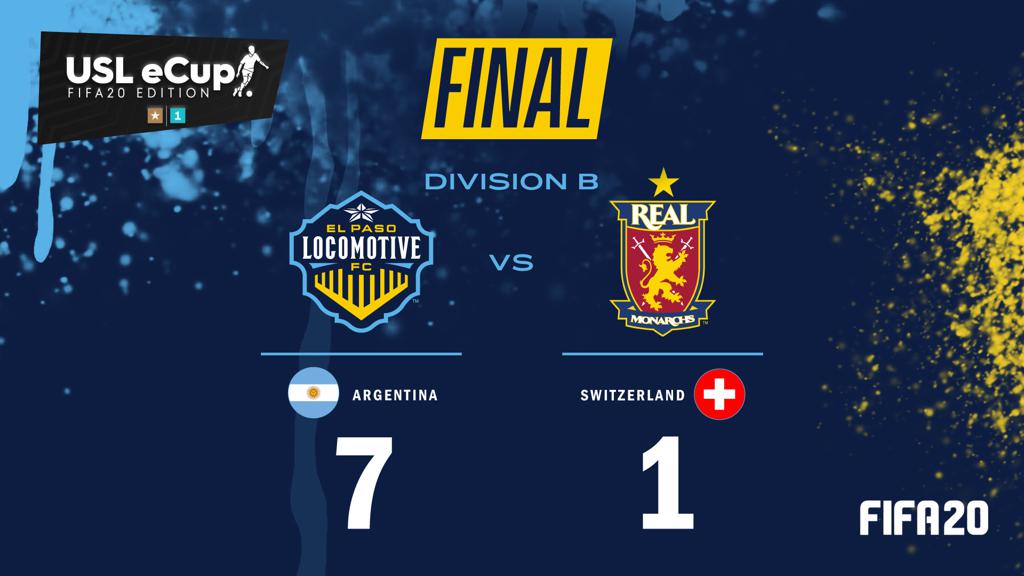 El Paso Locomotive FC dominated a 7-1 victory in the Division B Quarterfinals against Real Monarchs on Wednesday afternoon. The contest saw Lionel Messi find the first-half hattrick before adding another in the second. Paulo Dybala netted a brace while Sergio Aguero tallied one in added time to secure the win against the Monarchs and Switzerland.

The opening minutes were back and forth in possession through the middle of the park while each team sought to feel each other out. Led by Locomotive FC’s Edwin Moreno, Lionel Messi found a quick brace with identical left-footed shots within the opening 16 minutes. The Monarchs pulled one back shortly after as off the counter Haris Seferovic fought off two defenders before placing the ball into the far post. Messi would go on to get the last word in the first half however as Aguero used speed to open space, laying the ball off to Messi to earn the hattrick.

Once again, the pressure didn’t stop, as in the opening minutes following the break, Aguero fired a shot that deflected into Messi’s path who cleanly slotted away against the open goal. Under the guidance of Edwin Moreno, Argentina dictated and controlled the tempo through the second half, finding a one-touch volley through Dybala in the 75th minute before contributing again in the 87th. Aguero put the match to rest with a goal in added time to cap off the spectacular performance.

The win sees Locomotive FC advance into the Semifinals of the Week 2 Division B tournament. The Semifinal match will be streamed live on the Official El Paso Locomotive FC Twitch channel with kickoff set for Thursday, May 14 at 5:30 p.m. MT. Alexy Bosetti will continue the Week 2 campaign against New England Revolution II and Russia in the match tomorrow.