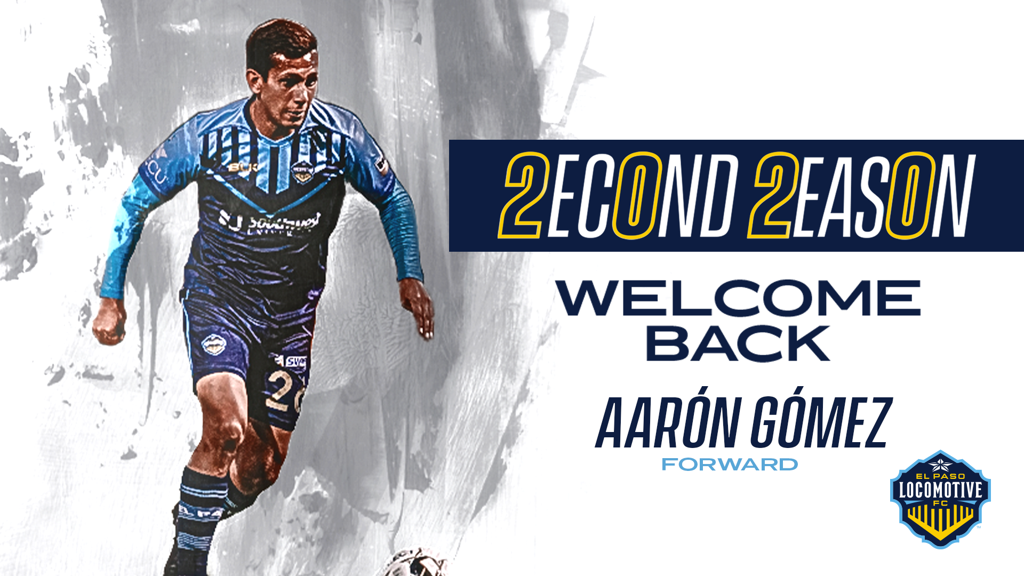 EL PASO, TX – February 25, 2020 – El Paso Locomotive FC extends loan for Josué Aarón Gómez into the 2020 season, pending league and federation approval. Gomez has been on loan from FC Juarez since the beginning of May 2019. He was a crucial part of the attack and notched 8 goals, all of which came in the second half of the season.

“We are very happy to have Aarón back with us for a second a year. We want to thank our friends at FC Juarez for helping make this happen and look forward to seeing Aaron score more goals for us in 2020.” said Mark Lowry.

The El Paso native became an instant contributor the second half of the 2019 campaign to help the Locomotive on their historic run to the Western Conference Finals.  He scored the game winner in a 3-0 rout of Sacramento Republic in Locomotive’s only home playoff game in 2019. Gómez joins fellow local product Omar Salgado, as well as newcomers Saeed Robinson and Marios Lomis in the attack.

All aboard, our first home match on March 14th is 18 days away! Season Ticket Memberships, Group Tickets, and Individual Match Tickets can be purchased at https://www.eplocomotivefc.com/ticket or by calling or texting 915-235-GOAL.