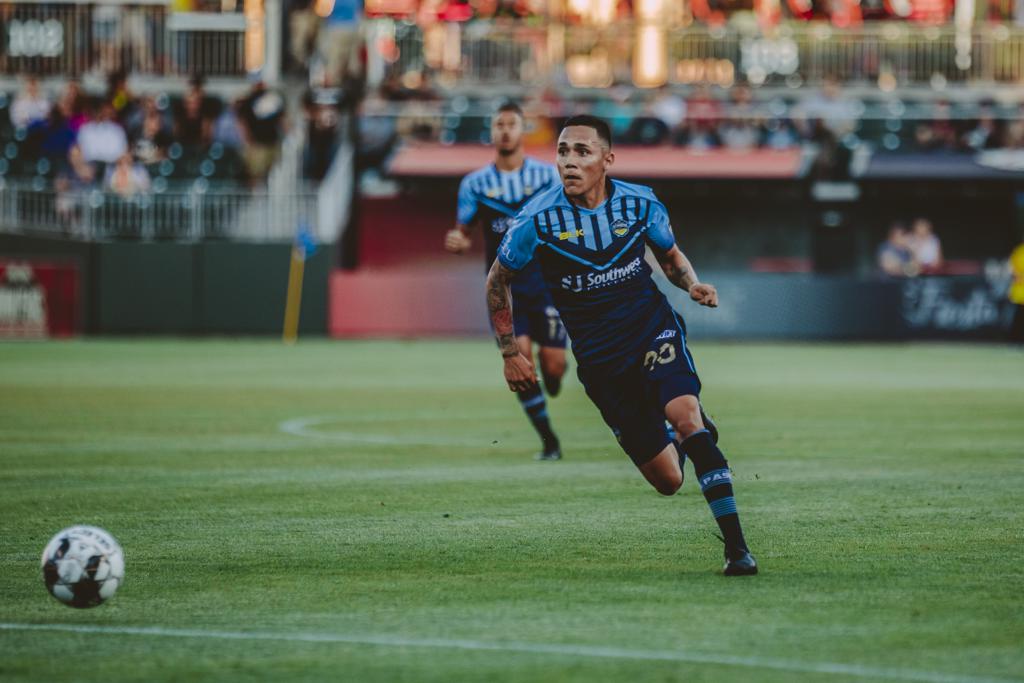 EL PASO, TX – February 11, 2020 – El Paso Locomotive’s Louis “Chapa” Herrera returns from a trial with MLS side Los Angeles Football Club (LAFC), who finished in first place in the Western Conference in 2019. The 23-year-old midfielder appeared for El Paso in 28 matches and netted one goal in his first professional season.

“I am very proud that Chapa had the opportunity to spend a week with LAFC, who on last season’s form were the best team in MLS. It’s a credit to the work and application that Chapa displayed last season, his growth in his first year as a pro was tremendous. For that to be recognized is fully deserved and a is testament to Chapa and the culture we have created here in El Paso,” said head coach Mark Lowry.

The homegrown talent returned to the Locomotive squad ahead of their preseason match against USL Western Conference club and Copa Tejas rival, San Antonio FC. Chapa has two goals in two preseason friendlies in 2020.

All aboard, our first home match on March 14th is 32 days away! Season Ticket Memberships, Group Tickets, and Individual Match Tickets can be purchased at https://www.eplocomotivefc.com/ticket or by calling or texting 915-235-GOAL