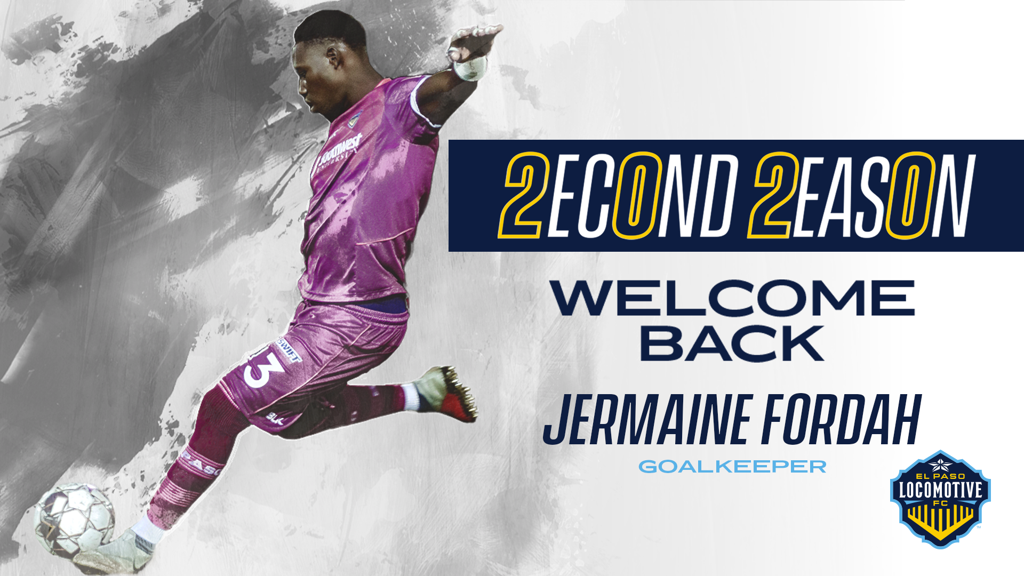 EL PASO, TX – February 4, 2020 – El Paso Locomotive FC has re-signed Jermaine Fordah for the 2020 season, pending league and federation approval. A fan-favorite for his off the field personality, Fordah appeared between the sticks twice during the regular season. One of those appearances resulting in a clean sheet against eventual 2019 Champions, Real Monarchs.

“It’s great to have Jermaine back. He was an important part of the team last season. He brings a great work ethic and a positive attitude to training every day. Every coach in the world will tell you how important that is and I’m excited to see him develop in year two,” said Head Coach Mark Lowry.

New players to the Locomotive roster include Fabrice Fokobo, Saeed Robinson, Marios Lomis, and Distel Zola. More roster announcements are slated for the near future before Locomotive kicks off their second season on the road in Orange County on March 6th and then return home to face Portland Timbers FC 2 on March 14th.