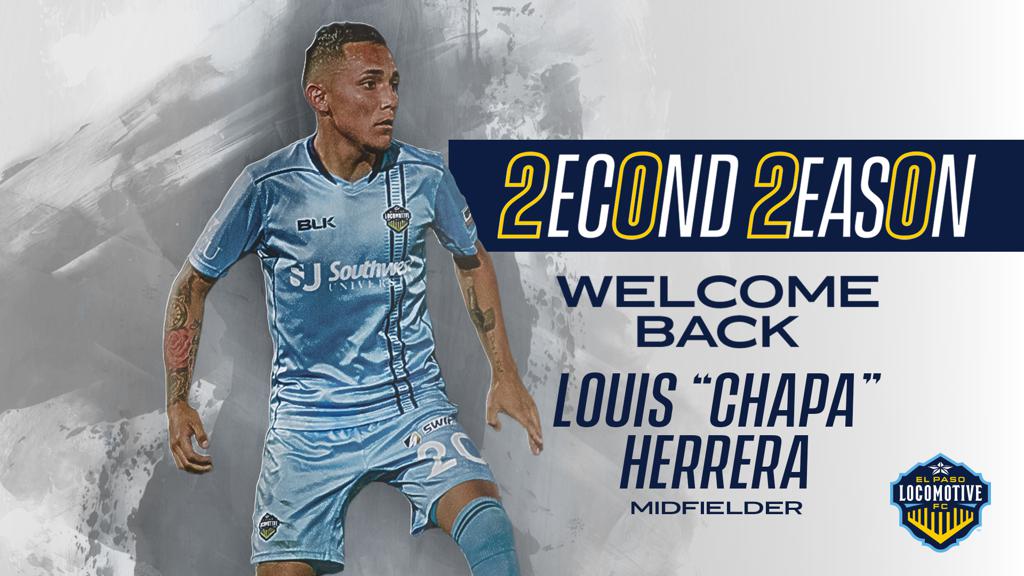 “To see his growth from pre-season to the end of the season was special for us all. He is someone who wants to learn every day and someone who is always asking questions, which is important because that shows his willingness to learn and that he wants to get better. He helped us a lot through the inaugural season and I’m sure he will become even better this year,” said Locomotive midfielder Richie Ryan.

The midfielder made 28 appearances and found himself in the starting lineup 12 times this season. In the away match vs OKC Energy he tied the game with his shot that would ultimately be awarded as an own goal. Chapa has proved himself to be a hungry and young rising star and was the second local player to sign a professional contract with El Paso Locomotive FC. He is a testament to the high-level of play and talent pool that exists in the Borderland.