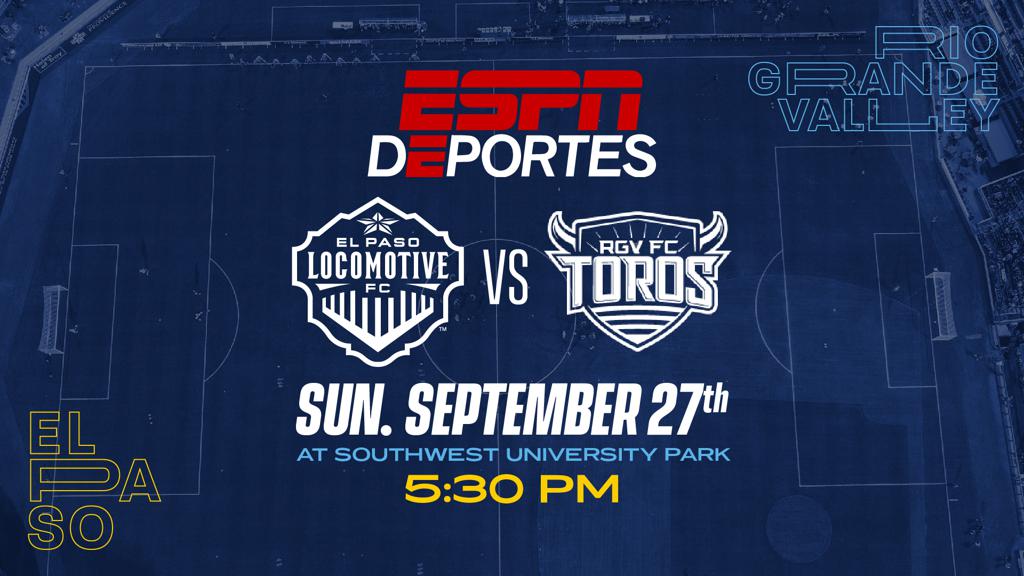 TAMPA, Fla. – The 2020 national broadcast schedule for the USL Championship across ESPN networks was released today featuring 20-plus games on ESPN2, ESPNews and ESPN Deportes in the league’s 10th anniversary season. Coverage runs from March through November and will include 19 regular-season games and the 2020 USL Championship Final on ESPN linear television networks.

As part of the new rights agreement reached between the USL and ESPN this past August, the Championship will have Spanish-language coverage of 10 games on ESPN Deportes, beginning with the Tampa Bay Rowdies hosting Pittsburgh Riverhounds SC on Friday, March 27 at 7:30 p.m. ET.

Overall, more than 590 games from the USL Championship will air on ESPN+, the industry-leading direct-to-consumer sports streaming platform, with coverage beginning on the opening day of the season, Friday, March 6. In addition, ESPN+ will feature more than 170 games from USL League One when its season kicks off on Friday, March 27. 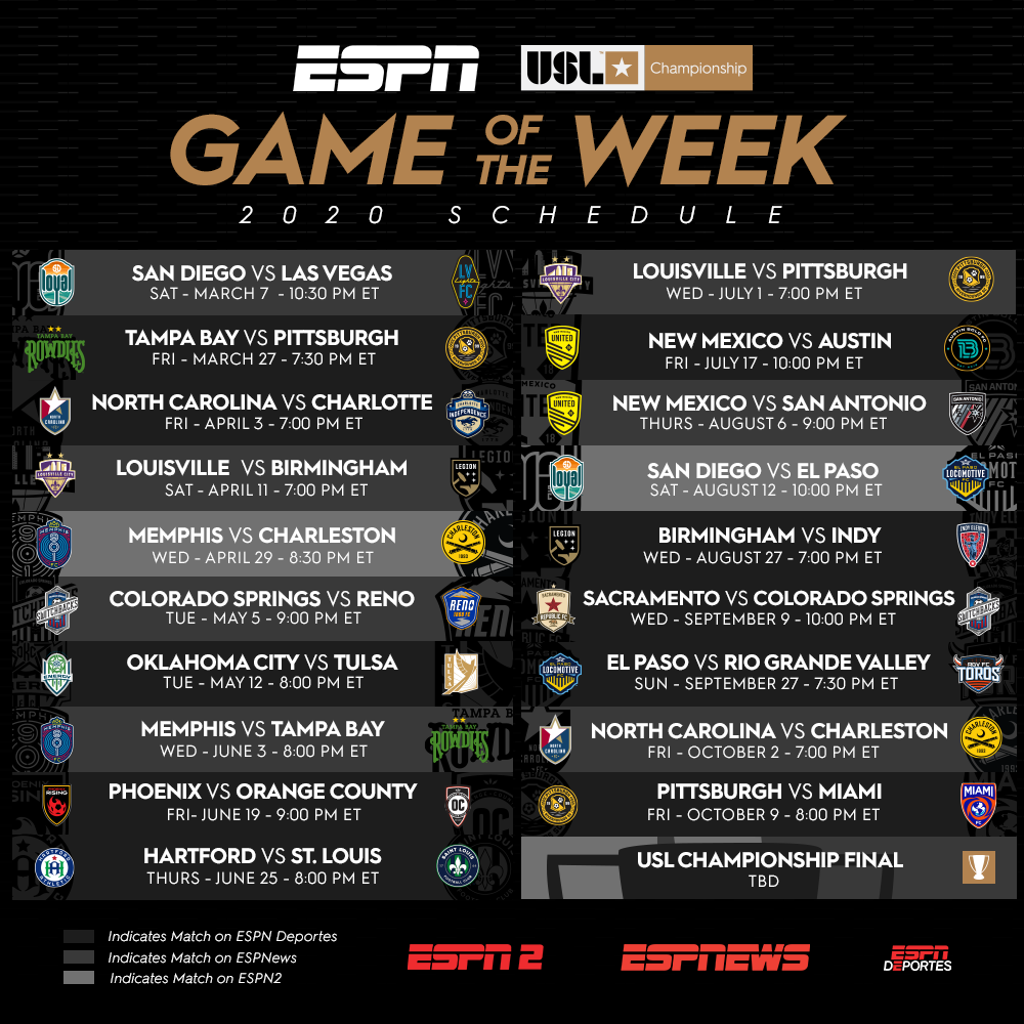