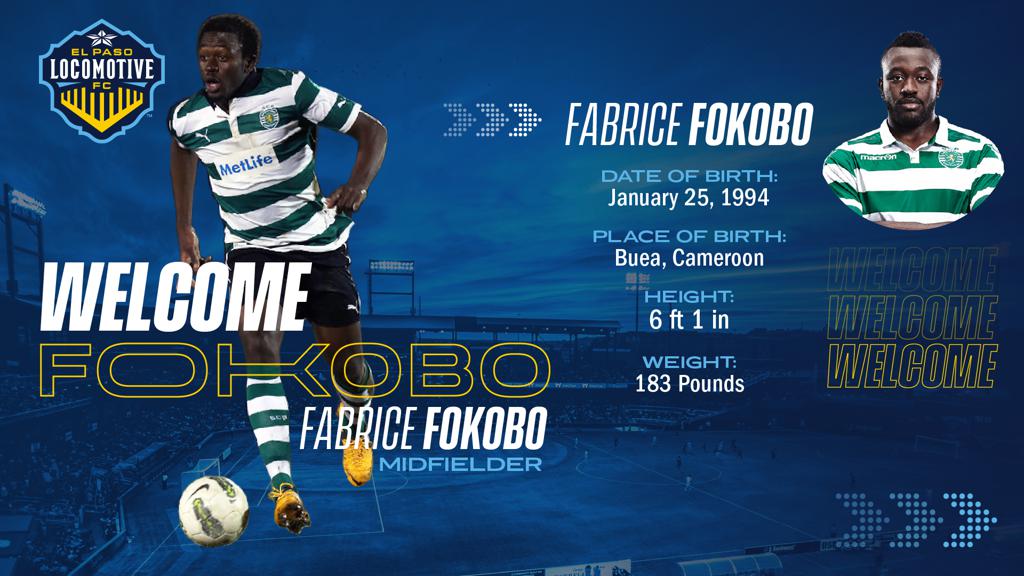 EL PASO, TX – January 7, 2020 – El Paso Locomotive FC has signed Cameroonian midfielder, Fabrice Fokobo pending league and federation approval. Fokobo played his youth career with NQSA (Njala Quan Sports Academy) in his home country of Cameroon. His senior career sent him to Portugal where he has spent the past seven years with Sporting Lisbon who compete in the top-flight of the Portuguese league.

Fokobo has spent stints with various clubs in the Portuguese football system whilst on loan, most recently playing with Real Sport Clube. The 25-year-old midfielder has also represented Cameroon at the U17 level.

“Fabrice is a very versatile player, playing in the 8, 6 or CB position to a very high level. His experience in Europe the past 6 years, at a club of the caliber of Sporting Lisbon, shows the type of professionals we want to bring to El Paso. His ability and athleticism will strengthen the depth of our midfield and backline. I believe games are won and lost in the midfield, particularly in the USL where most teams are physical and very transitional. We are a team that likes to possess the ball, so having a strong midfield with strength in depth will allow us to control opposition counter-attacks, which historically has been an area where most teams try and capitalize against us. Fabrice will be a key part of this, along with Distel and the returning midfielders to enable us to control each element of the game,” said Head Coach Mark Lowry.