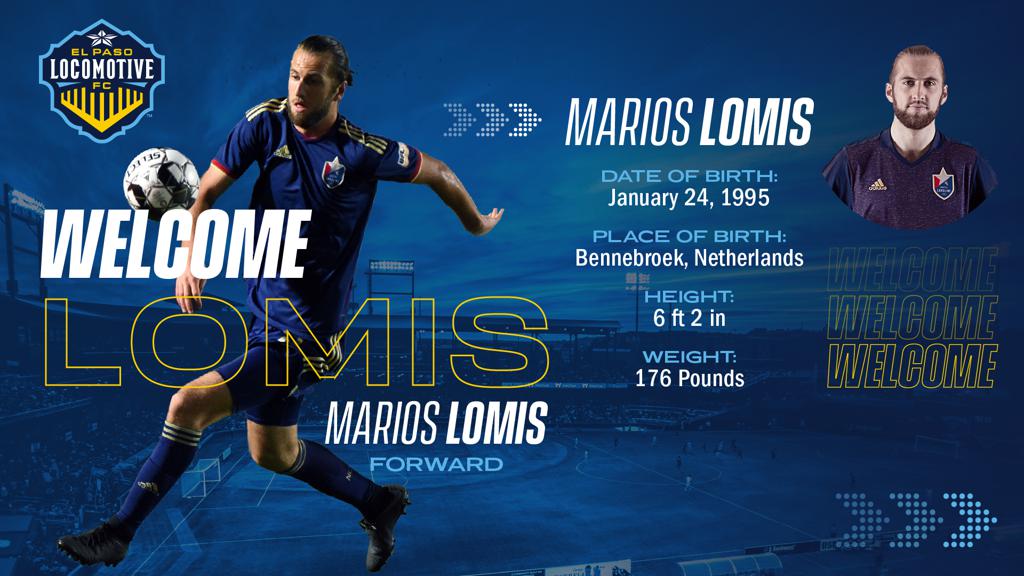 EL PASO, TX –  January 2, 2019 – El Paso Locomotive FC has added goal scorer Marios Lomis pending league and federation approval. Lomis played his youth and the beginnings of his professional career in the highly esteemed Dutch football system. He made the move to the United States to play for Creighton University, where he spent one year before leaving to begin his professional career in the United States.

Lomis signed with USL Championship’s North Carolina FC (NCFC), where he spent the 2018 and 2019 season. In his first season with NCFC, Lomis recorded 896 minutes in 23 USL matches, while scoring five goals and adding two assists. He also had a strong U.S. Open Cup campaign, where he added three goals and one assist. In the 2019 season, Lomis appeared for NCFC 14 times and scored seven goals. Joining Locomotive, he will bring firepower to bolster the attack.

“Marios is a proven goal scorer in the USL and has been a top striker the past 2 years in the Eastern Conference. Last season, he scored 6 goals in the first 7 games of the season, before an unfortunate injury curtailed his progress. He is 6’2, a good target man with fantastic movement inside the box and a great work ethic defensively. He gives us a great goal scoring threat on the field and the right mentality off it to improve the group in various ways,” said Head Coach Mark Lowry.