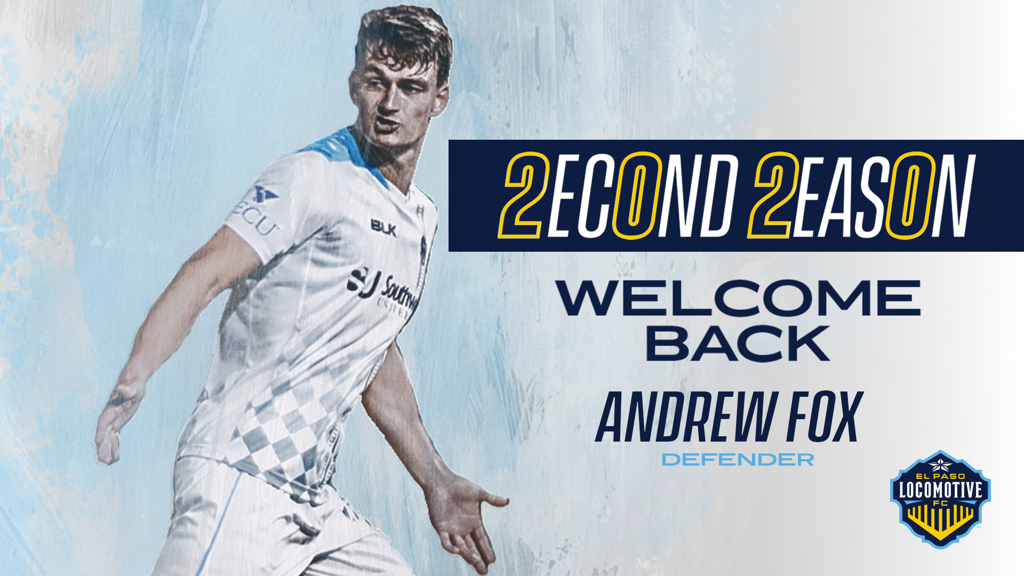 EL PASO, TX – December 19, 2019 – El Paso Locomotive FC has renewed Andrew Fox’s contract for 2020, pending league and federation approval. Fox appeared in 30 matches for the Locos where he contributed significantly to the esteemed Locomotive defensive effort and was instrumental in El Paso achieving one of the lowest shots faced in the league for the 2019 season.

“Andrew grew in stature and confidence as the season went on. He is comfortable anywhere across the backline and he is a very accomplished footballer. He is another integral part of our defensive organization, who has an understanding of how we want to play with and without the ball. His character and personality off the field make him a joy to work with and I am looking forward to building on his success in 2019,” said Head Coach Mark Lowry

With El Paso, Fox registered 106 clearances (second-highest on team behind captain Chiro N’toko) and 15 blocked shots (highest on the team). Fox scored two goals as a defender this season, one of them being the sole El Paso goal in the Western Conference Final. The Englishman has shown his versatility this season with stints as a left-back, center back and forward.