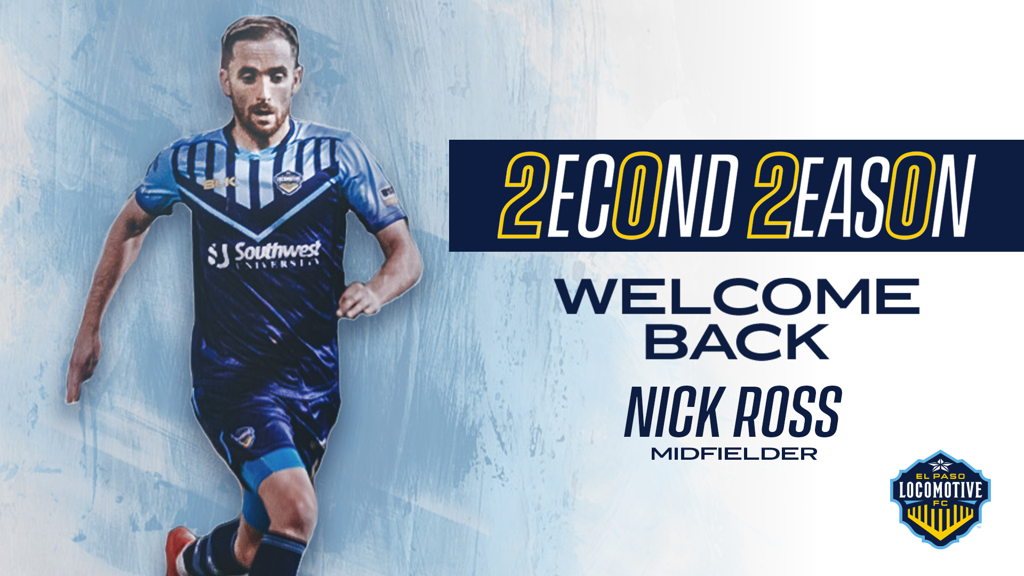 EL PASO, TX – November 26, 2019 – Scottish midfielder, Nick Ross will be returning for the 2020 season. The versatile midfielder, Ross, appeared for the Locos 32 times (out of 38 matches) in the 2019 campaign; recording two goals, two assists, and closed the season with a 90 percent passing accuracy.

“For me, Nick is one of the most underrated players in the league. He is incredibly intelligent; he has the running ability to cover more ground than anyone else during a game and is technically proficient with both feet. Nick’s intelligence allows us to experiment tactically and offers solutions to our build-up and possession play. He was a joy to work with in 2019, he is one of the most popular players on the roster and I am honored to have him back in a Locomotive jersey next season,” said Head Coach Mark Lowry.

The calm and cool 27-year-old midfielder completed 31 key passes in the inaugural season and showcased his class as a regular fixture in Lowry’s starting 11 thirty times in 2019.

All aboard, year two is almost here! Season Ticket Memberships, Group Tickets, and Individual Match Tickets can be purchased at https://www.eplocomotivefc.com/ticket or by calling or texting 915-235-GOAL.