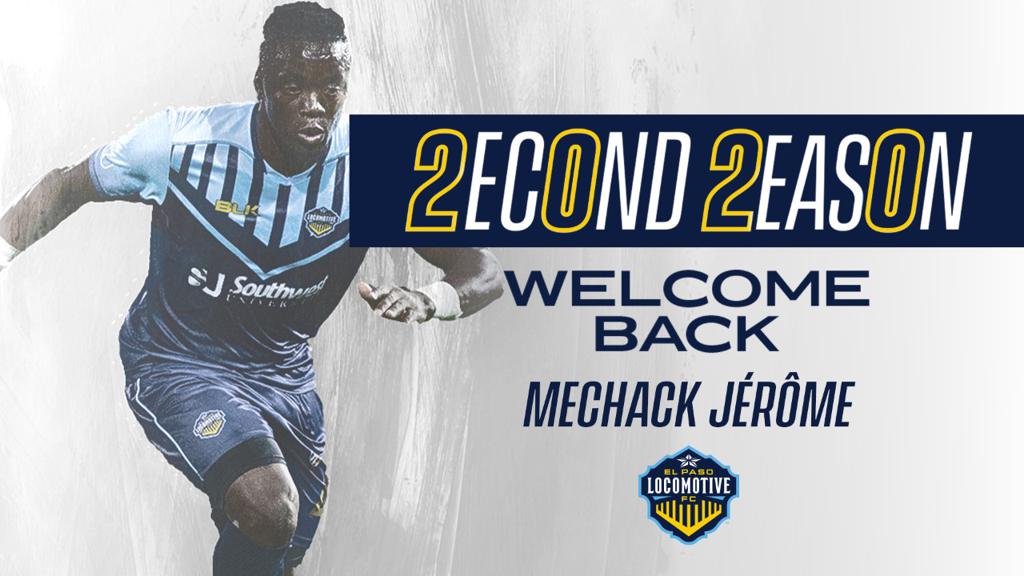 EL PASO, TX – November 21, 2019 – El Paso Locomotive FC has renewed Haitian defender Mechack Jérôme’s contract for the 2020 season. The powerhouse defender made ten appearances for El Paso before being called up to represent Haiti in the 2019 Gold Cup. While on international duty, Jérôme suffered a season-ending injury and spent the remainder of the 2019 season recovering. He is expected to be fully and readily available for the 2020 season.

“Prior to Mechack’s injury, the Locomotive faithful were presented with glimpses of the quality that Mechack possesses. His passing range and composure on the ball allows us to dictate possession out of the back, his 1v1 defending and athleticism allows us to play higher up the field and take more risks when attacking. I cannot wait to see him back on the field in 2020, he is a very exciting player and someone I just love working with,” stated Head Coach Mark Lowry.

In his limited appearances with El Paso this season, Jérôme recorded 45 clearances, four blocks and nine interceptions. He is a vital asset in the Mark Lowry possession model and will be a key defensive element in the 2020 campaign. Jérôme is the seventh returning player for next season; joining Richie Ryan, Logan Ketterer, Bryam Rebellon, Omar Salgado, Yuma, and Alexy Bosetti.

All aboard, year two is almost here! Season Ticket Memberships, Group Tickets, and Individual Match Tickets can be purchased at https://www.eplocomotivefc.com/ticket or by calling or texting 915-235-GOAL.