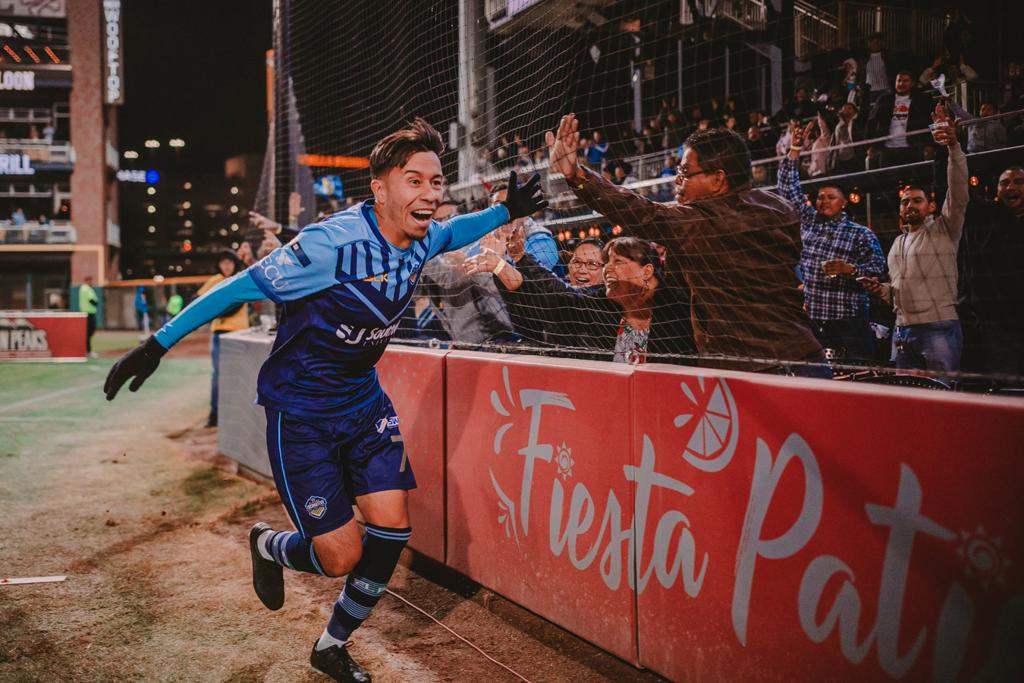 EL PASO, TX – November 2, 2019 – El Paso Locomotive FC put on a performance for the ages in front of 7,500 plus screaming Loco fans. Locomotive flattened Sacramento Republic 3-0 to punch their ticket to the Western Conference Final.

El Paso came out of the gate proving that they are a force to be reckoned with. The first goal of the match came off a free kick taken by James Kiffe. The curling ball found Josue Aaron Gomez in the box, and Gomez finished it with class off a glancing header. Locomotive kept the pace high and came out in the second half with a fire. Locos were awarded a penalty late in the second half and Sebastian Contreras stepped up to the spot. The Argentine took the kick and sent the keeper the wrong way. When the ball hit the back of the net, Southwest University Park went into a state of euphoria.

Locomotive weren’t done there. The nail in the coffin goal came in the 88th minute when Sebastian Velasquez continued to impress with his agility. Velasquez took on the Sacramento defense and came out on top. Putting the ball to his favorite left foot, the seasoned professional sent a missile of a ball into the back of the net. The energy was contagious and at the final whistle, El Paso’s season would continue.

The Locos will travel to Salt Lake City to face Real Monarchs on Saturday, November 9th at 1 p.m. In both of the regular-season meetings between the clubs, neither side has found a goal. Locomotive continues their #Track2TheTrophy and an official watch party location will be announced shortly.

The single-elimination tournament concludes on Sunday, November 17th, at a time to be determined, where the last remaining team in the West and East play for the Championship Trophy.