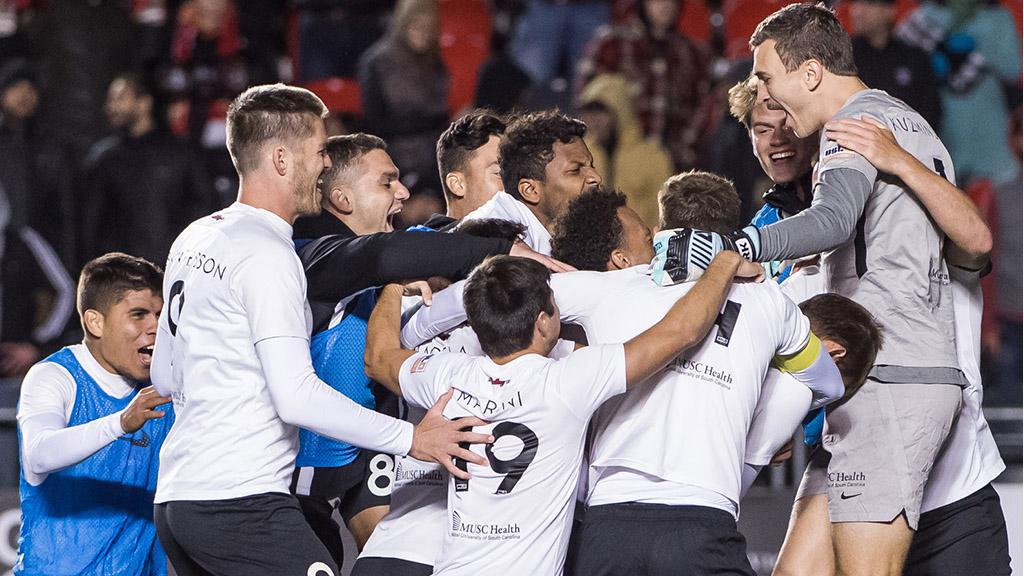 The Charleston Battery, the oldest continuously run professional soccer club in the United States, will enter a new era in 2020 under the leadership of HCFC, LLC. | Photo courtesy Steve Kingsman / Freestyle Photography

CHARLESTON, S.C. – The Charleston Battery, the oldest continuously run professional soccer club in the United States, entered a new era on Wednesday as the sale of the USL Championship team to HCFC, LLC was officially announced.

“The Battery are an indelible part of the Charleston community,” said Rob Salvatore, who will lead the club’s new ownership. “As one of the most historic professional soccer organizations in the United States, this club has brought people throughout the Lowcountry together for decades. As ownership and custodians of the club, we will honor and respect that history while bringing new energy, experience and resources to grow the club’s connection to the community both on and off the field.”

Under Salvatore’s leadership, the Club also announced it will commence play at the Patriots Point Soccer Complex in Mount Pleasant starting next season. While more details on the club’s move will be provided in the coming weeks, HCFC is committed to ensuring the new venue is both fan- and family-friendly, while also allowing for the type of intense, raucous atmospheres seen throughout the USL Championship.

“Our guiding light has and will continue to be our supporters and engaging the community in order to return the club to relevance,” continued Salvatore. “We want to empower an inclusive and diverse supporters’ culture that resonates on both local and national levels. A concerted and fresh approach to how we engage the community, coupled with the changes we envision at Patriots Point will help facilitate that.”

With the ownership change, HCFC takes control of one the United States’ most successful Second Division soccer clubs. The Battery have previously won league titles in 1996, 2003, 2010 and 2012, and in 2008 were the most recent lower-division club to reach the final of the Lamar Hunt U.S. Open Cup. In addition, the club has qualified for postseason play in 12 consecutive seasons, while winning the Southern Derby in four of the last five.

“We are absolutely thrilled to welcome Rob, his family and the entire HCFC ownership group to the USL Championship,” said USL President, and former Battery player, Jake Edwards. “Our league is experiencing a tremendous period of growth, and as someone who has had the privilege of playing for the club, I know firsthand how wonderful the Charleston community is and how important they are to the future of the USL Championship. Under Rob’s leadership, we believe the future of professional soccer in Charleston is incredibly bright.”

Over the coming the months, Salvatore will embark on a series of community listening sessions with the primary focus of gaining valuable feedback from the community on how the club can further bind itself to the city it represents. More information on those sessions will be made public in the coming weeks.

“The most important thing we can do this offseason is listen,” said Salvatore. “Our group brings a very unique profile with entrepreneurs who have built consumer brands and community driven businesses, marketers, major league sports owners and even a former professional soccer player, so we are confident that we have some very exciting ideas on how we can improve and grow the organization, but we need to make sure those ideas align with the views and beliefs of our supporters. It’s very important that we’re making decisions together.

“We may own the team, but it belongs to Charleston. It is paramount that we earn and keep the community’s trust. That starts by listening and being transparent.”