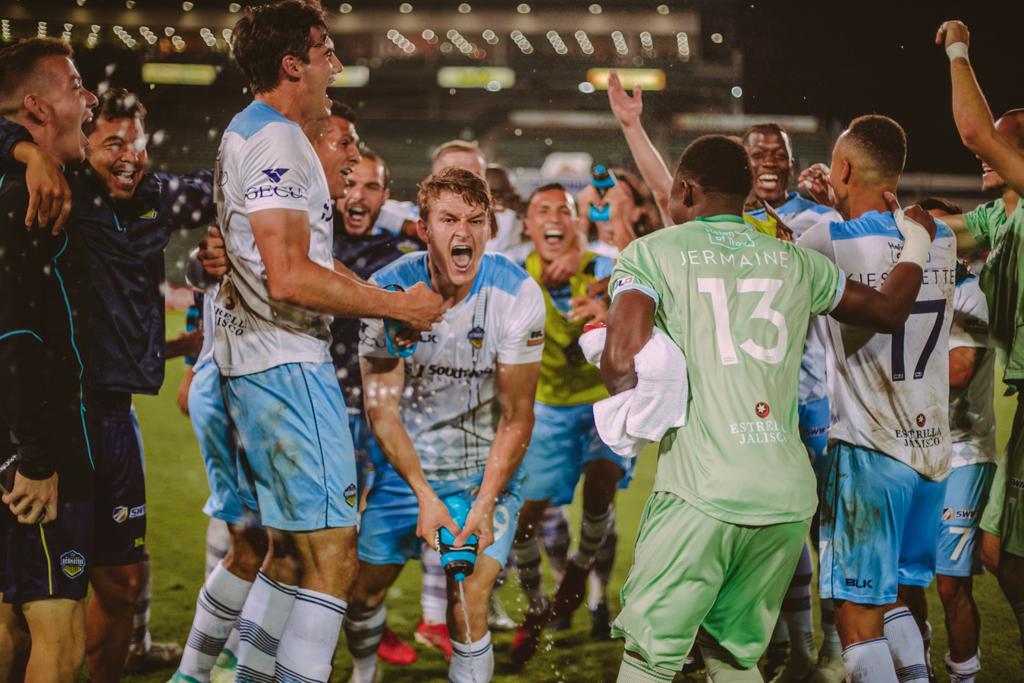 EL PASO, TX – October 26, 2019 – El Paso Locomotive FC pulled out all stops in their stunning 3-2 victory over the number three seeded Fresno FC which means El Paso will host the next round of the USL Championship Playoffs on Saturday, November 2nd at 7:30. Locomotive will face off against Sacramento Republic, a team that they have beaten in both meetings of the regular season.

The Locos took the early lead against Fresno when Josue Aaron Gomez converted on an El Paso corner in the 19th minute and would hold onto the lead entering halftime. Fresno came out with 2 back-to-back goals to start the second half and it seemed that El Paso’s season would end at the whistle.

Showing their grit and tenacity, the Locos hunkered down and showed off their attacking prowess. In the 77th minute, James Kiffe received the ball at the top of the Fresno box, after taking a few touches to the right, he sent it thundering into the back of the net, leaving the keeper helpless. With things tied up at 2-2 extra time was looming. In the 82nd minute Gomez was taken down in the box and El Paso was awarded the penalty. Who else but Sebastian Velasquez to step up to the spot when El Paso needed him most? The seasoned professional calmly walked up to the ball and when the whistle was blown, he sent it past the keeper and sealed El Paso’s playoff history.

Head Coach Mark Lowry commented on the massive performance, “That one was for you El Paso. That was all for you. We are so grateful for all of you supporting us every day. This was about coming home next Saturday night and giving this city a home playoff match.”

El Paso will host the next playoff match on Saturday, November 2nd against Sacramento Republic FC as they continue their historic inaugural season and their #Track2TheTrophy. Fans are encouraged to purchase their home playoff tickets by visiting https://www.eplocomotivefc.com/ or calling 915-235-GOAL.