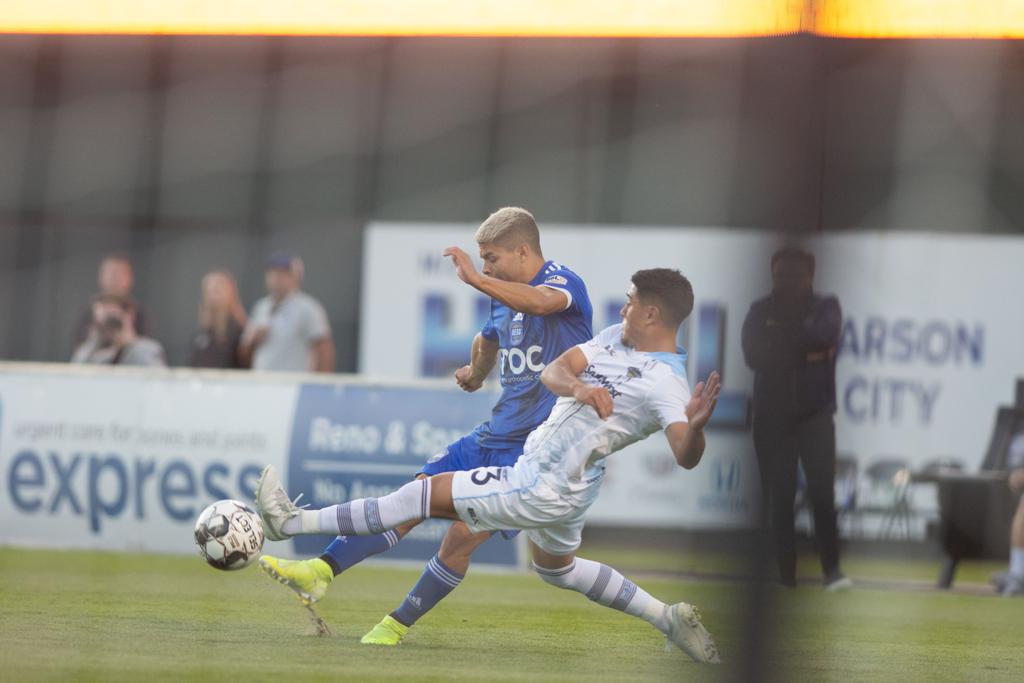 EL PASO, TX – October 5, 2019 – El Paso Locomotive FC took to the road and picked up one point against the number three team in the West, Reno 1868 FC. El Paso has defeated two top-four teams in the past week and have picked up a total of seven points across their last three matches, furthering their commitment to the post season.

Locomotive barreled down the tracks and dominated the home team, recording 23 shots, 15 of those coming in the first half. El Paso showed grit and tenacity and proved that they are a top contender in the Western Conference. Locomotive sit two points outside of fourth place and have at least a game in hand over the majority of the field.

For the first time this season, all four local players were on the pitch at the same time; Omar Salgado, Louis “Chapa” Herrera, Guillermo Diaz, and Josue Aaron Gomez who all made their impact felt in this dominating performance.

The Locos have three matches remaining, with a possibility of grabbing nine points and exploding into the top four, opening the possibility of hosting a home playoff match in their inaugural season.

El Paso Locomotive FC plays their next match at home on Thursday, October 10th against Austin. Season Ticket Memberships, Group Tickets, and Individual Match Tickets can be purchased at https://www.eplocomotivefc.com/ticket or by calling 915-235-GOAL!