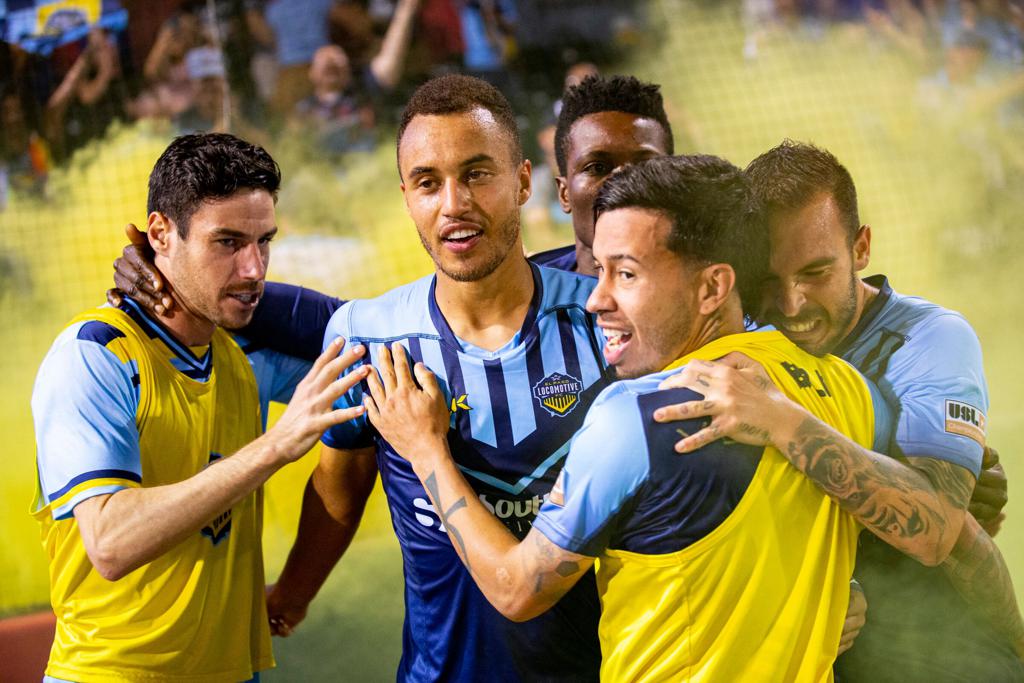 The first goal of the night came from defender Chiro Ntoko (his first of the season) who pounced on a loose ball at the top of Fresno’s box after a failed corner clearance. Ntoko stepped to the ball and sent his right foot through it with pace, delivering it into the back of the Fresno net. The Foxes would answer with one of their own in the 66th minute but it wouldn’t be enough to stop the thundering Locomotive.

“We are keeping this momentum going as long as our players are healthy. We are going to continue playing well and getting points. Right now, it’s a good moment and we want to continue with this. You have to do a great job of being in that moment, the ecstasy and the lows. Tomorrow we focus on Reno,” commented Coach Mark Lowry

El Paso’s final goal came in the waning moments of the match, when it appeared that things would end in a draw. Omar Salgado linked up with James Kiffe, finding him in the Fresno box. Kiffe hit a rocket of a volley at the keeper who was forced to make a save that sent the ball into traffic. Jerome Kiesewetter was on top of the ball in fractions of a second and only had to tap it into the net. The moment the ball crossed the line, all of Southwest University Park went into a state of mania. This was the third match in a row where Locomotive have scored in the 90th minute or later.

Locomotive are sitting in 8th place and are only one point outside of fourth place with a game in hand as they continue their #Push4Playoff campaign in the inaugural season.

El Paso Locomotive FC plays their next match at home on Thursday, October 10th against Austin. Season Ticket Memberships, Group Tickets, and Individual Match Tickets can be purchased at https://www.eplocomotivefc.com/ticket or by calling 915-235-GOAL!