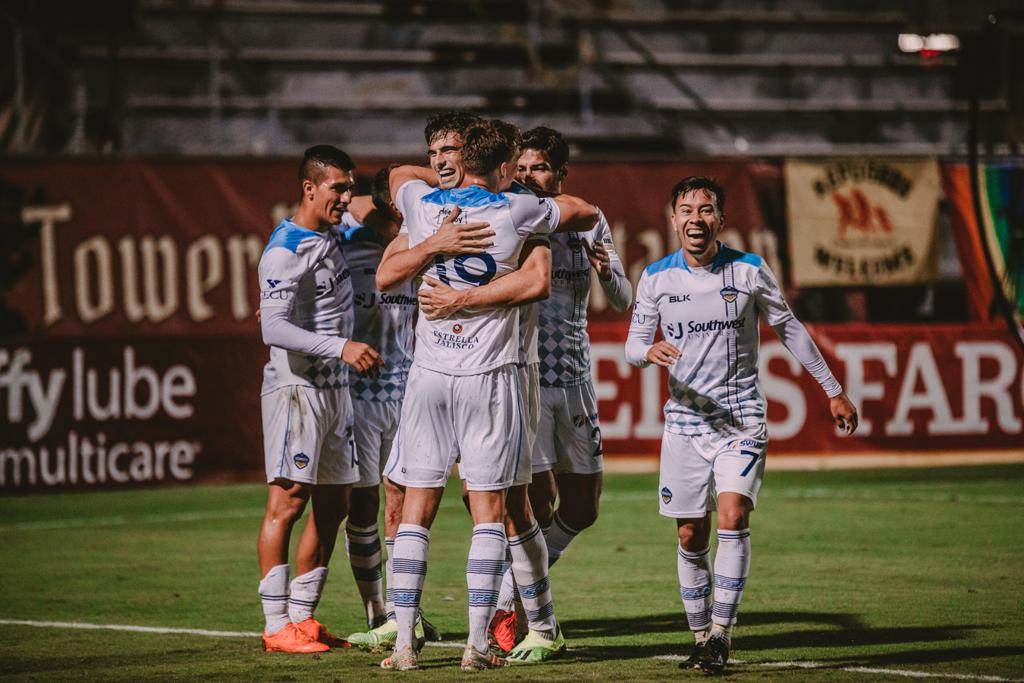 SACRAMENTO, CA – September 28, 2019 – El Paso Locomotive FC defeat Sacramento Republic FC 2-1 on the road to gain a thundering three points and move deeper into securing a play-off position. The match began with two weather delays that shifted the momentum and saw the Locos go down a goal early in the match. The rain wasn’t enough to stop this train.

El Paso’s first goal of the night came from defender Bryam Rebellon who finished a deflected ball off a Sacramento defender. Rebellon hit a bouncing volley on his first touch and sent the ball booming into the back of the net, notching his second goal of the season.

El Paso’s winning goal came in the waning moments of the match, when it seemed that things would end in a draw. The go-ahead goal was awarded to Aaron Gomez, his third in the last four matches. After the four minutes of stoppage time were added, the elusive and calm attacker pounced on a poorly deflected clearance and gave his team and city the winning goal.

With this win, El Paso sit in ninth place, with three points separating them from fifth place. El Paso Locomotive FC plays their next match at home on Wednesday, October 2nd against Fresno. Season Ticket Memberships, Group Tickets, and Individual Match Tickets can be purchased at https://www.eplocomotivefc.com/ticket or by calling 915-235-GOAL!