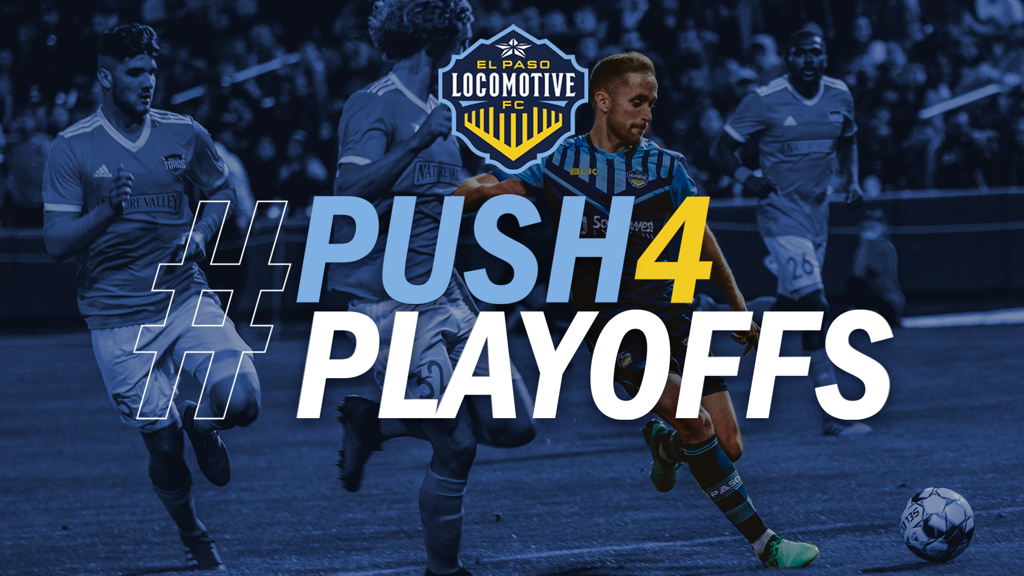 EL PASO, TX – September 12, 2019 – El Paso Locomotive FC’s race to the playoffs is still alive in the club’s first season. Only four points separates the field from 11th to fourth place in the Western Conference, with fourth place hosting that elusive final home playoff game. Eight regular season matches are left to play for the Locos, leaving 24 possible points on the table, making the contest in the West one to keep your eyes on. Locomotive also has two games in hand on a large portion of clubs in the West.

“The playoffs are why sports teams compete. Our team is finally healthy and poised to make a run deep into the playoffs. Working hard to get the maximum amount of points these last eight games is paramount to our playoff push,” commented Andrew Forrest General Manager, Business Operations.

The regular season for the Locos concludes on Saturday, October 19 in Los Angeles, as El Paso faces LA Galaxy II, but the team has four home matches remaining which will play a massive role in which place Locomotive will finish. The lowest four seeds in each conference will enter into a play-in round on October 23. The winners from that round will then enter into a single-elimination bracket, with the highest seed hosting each playoff match, opening the possibilities to a playoff match being held in El Paso. The USL Cup will be held anywhere from November 14-18th.