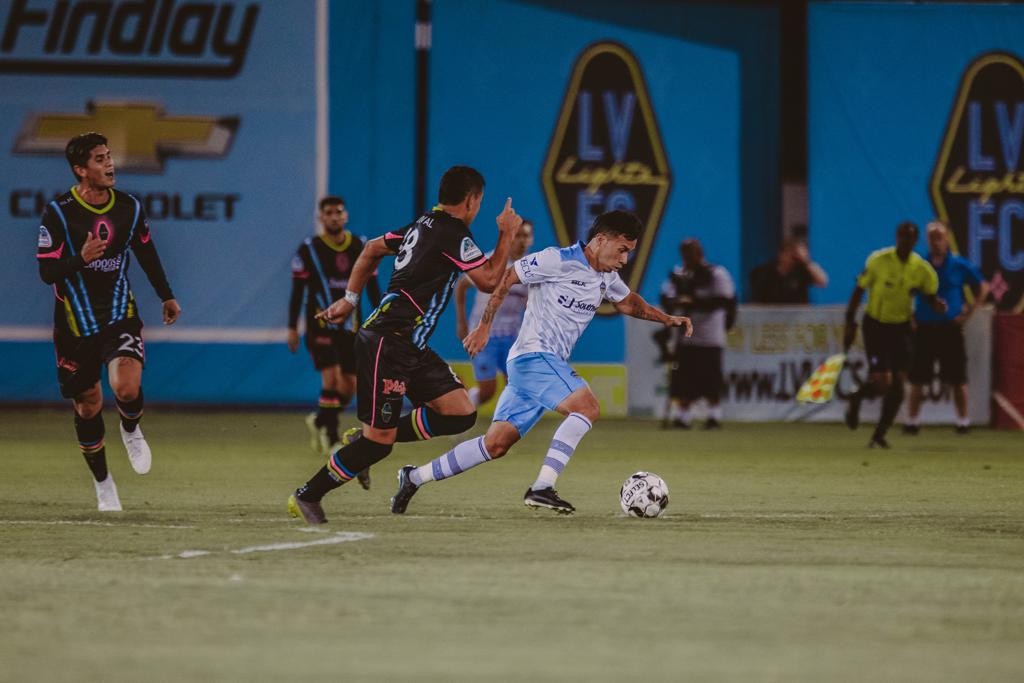 LAS VEGAS – September 7, 2019 – El Paso Locomotive FC dominate the Lights on the road, shutting out Las Vegas and scoring three goals in an electrifying performance. Locomotive got things started when James Kiffe was taken down in the Las Vegas box. Sebastian Velasquez stepped up to the spot and converted a clinical penalty kick to grab his first goal of the season.

“It feels like a weight has been lifted off me. I have been waiting for that first goal to get things going. I just wanted to say thank you to all the fans who have been with us since day one,” commented Velasquez.

As soon as he stepped onto the pitch, El Paso’s Aaron Gomez made his impact felt. Within 60 seconds of subbing in, Gomez scored his first goal of the night. After finding teammate Omar Salgado inside the Vegas box, Gomez was primed to scoop up the deflected shot from Salgado, putting his foot through the ball and sending it thundering into the back of the net.

Ten minutes later, Gomez added to his sheet. Nick Ross received a booming pass from the Locomotive back line and took it towards the Vegas goal. Ross ripped a shot, but the Lights keeper was able to get a foot to it and send it back into traffic, where the un-checked Gomez cleaned up and scored his second of the night. With this win, El Paso moves into playoff position.