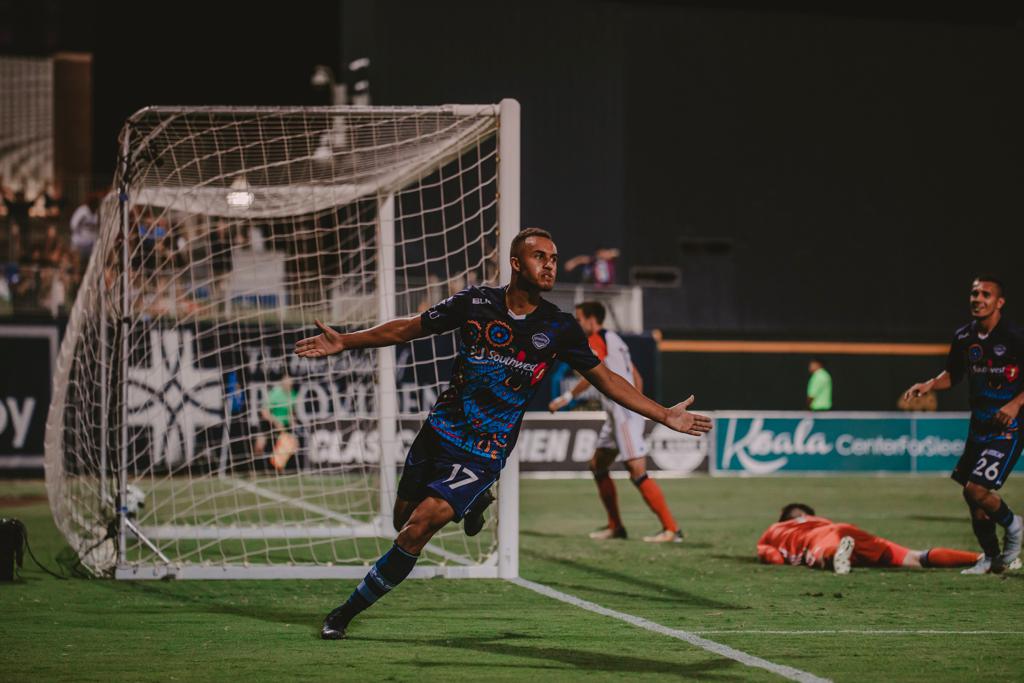 EL PASO – September 4, 2019 – El Paso Locomotive FC overcame a two-goal deficit to draw against Tulsa Roughnecks 2-2 in dramatic fashion. Tulsa took the lead in the first half and then came out in the second and put another away to extend their lead.

El Paso showed their grit and tenacity and in the 79th minute Aaron Gomez scored his first goal of the season off a booming header that left the keeper helpless. James Kiffe came up with the assist after sending a pinpoint cross into the box that Gomez finished with class.

Seventy-one seconds later Locomotive answered with the equalizer that sent the stadium into mania. El Paso’s Omar Salgado was untouchable down the left line, juking a defender and finding Jerome Kiesewetter inside the box. The German-American striker put his left foot through the ball from Salgado and notched his 11th goal of the season.