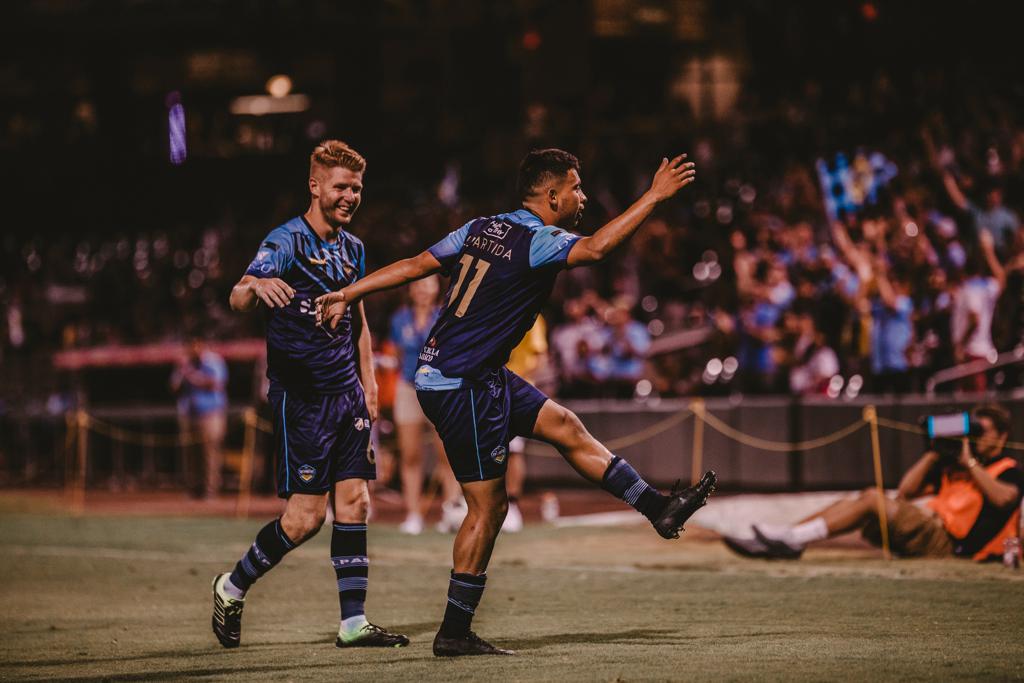 EL PASO – August 17, 2019 – El Paso Locomotive FC delivered a dominating win over Tacoma in their first home match since the August 3rd attack on El Paso. The city came together and rallied behind the “El Paso Strong” mantra, which the Locomotive roster took to heart.

El Paso’s first goal came off a bicycle kick from Edson Partida that left the keeper helpless. Yuma received the ball outside the box and found Partida deep in Tacoma territory. Tracking the ball over his shoulder Partida went into the air and delivered the ball over his head and into the back of the net.

The night wasn’t finished there. In poetic fashion, El Pasoan Omar Salgado notched the final goal of the night in front of the home crowd, who were electric once the ball kissed the back of the net. Salgado’s third goal of the season was his most important of the year.

“It’s all about the team. I have been saying that since day one. Today they showed that. Everyone played as a team,” commented Coach Mark Lowry after tonight’s victory.

For the first time this season, three El Pasoans were on the pitch at the same time. Louis “Chapa” Herrera, Omar Salgado, and Memo Diaz represented the Sun City and closed out the final minutes of the match together.

El Paso Locomotive FC plays their next match at home on Wednesday, September 4th against Tulsa Roughnecks. Season Ticket Memberships, Group Tickets, and Individual Match Tickets can be purchased at https://www.eplocomotivefc.com/ticket or by calling 915-235-GOAL!