El Paso Locomotive FC Opened Up Their First of Two Games This Week in Front of 6,128 Electric “Loco” Fans 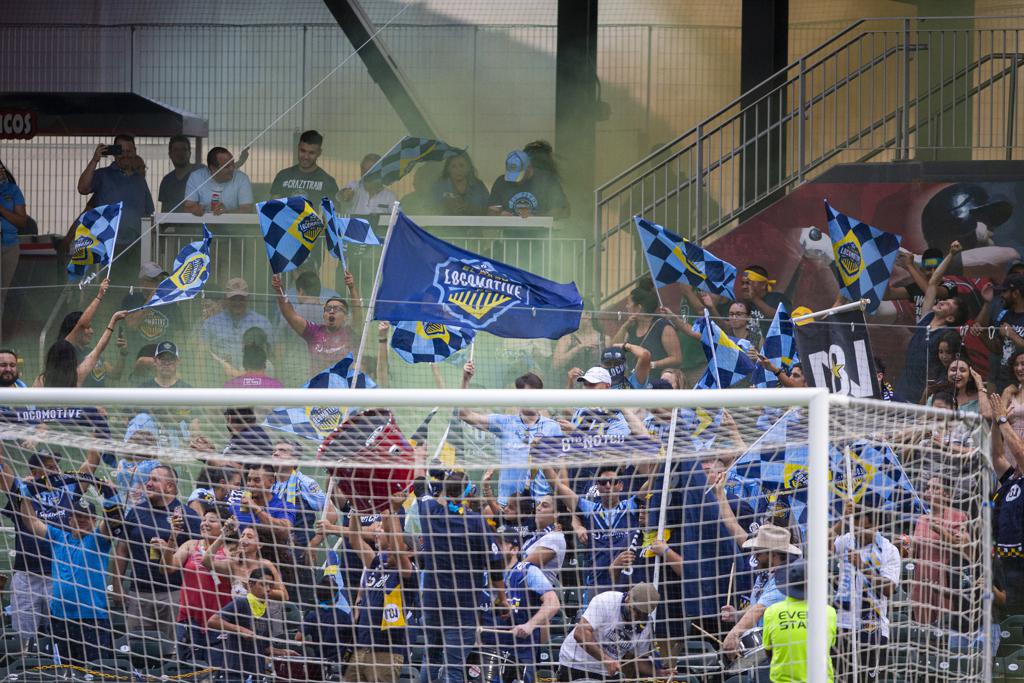 El Paso Locomotive FC opened up their first of two games in a single week in front of 6,128 electric “Loco” fans. The Wednesday night match also saw the first lightning delay in franchise history, postponing the match in the 49th minute and causing a 30-minute delay of play.

Locomotive had to dig deep into their bench and field a different starting 11 than the club has played with over the last few weeks. “The injuries right now are really hurting us. The performances aren’t the problem. No one is playing badly … Injuries are all adding up and taking their toll. We got in some great areas tonight offensively, just unlucky getting them to go into the back of the net,” said coach Mark Lowry.

Defender Andrew Fox notched his first career goal in Locomotive colors tonight in the 28th minute. A deflected shot by Derek Gebhard sent the ball into traffic where Fox was waiting. In an instant, he sent his left foot through it, finding the back of the San Antonio net to bring things level. Newcomer, defender Moses Makinde also made his home debut tonight. El Paso tested the San Antonio goalkeeper on multiple occasions but couldn’t find the last one percent. San Antonio would go on to win the contest 3-1.

El Paso Locomotive FC plays their next match at home on Saturday, July 20th against Real Monarchs. Season Ticket Memberships, Group Tickets, and Individual Match Tickets can be purchased at https://www.eplocomotivefc.com/ticket or by calling 915-235-GOAL!