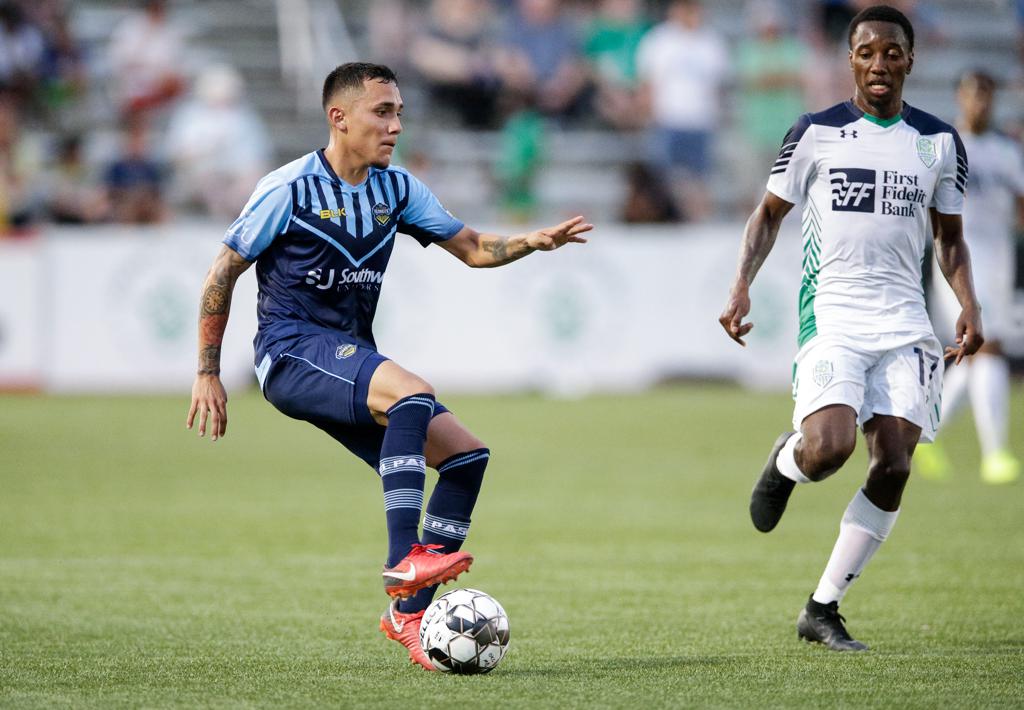 OKLAHOMA CITY – July 6, 2019 – El Paso Locomotive FC rallies in come behind draw against Energy FC to pick up a well-earned point in their road campaign. The homegrown hero, Louis “Chapa” Herrera’s offensive proficiency led to the own goal by OKC. Chapa has made himself a regular starter in the Locomotive lineup and continues to provide that spark on the pitch. Months prior to signing his pro contract, the 22-year-old was working construction when he was discovered by Coach Mark Lowry in a local soccer tournament.

Logan Ketterer came up big yet again for El Paso and saved his fourth penalty of the season which set up the El Paso counter attack. Defender Andrew Fox received the ball near the midline and sent a booming through ball over the top of the Energy FC backline, finding Chapa who redirected the ball with his head and finished it off with a half-volley that caught an OKC defender, sending it into the net. The contest would end in a 1-1 draw, closing El Paso’s third straight road match journey. Locomotive sit in fourth place in the Western Conference.

El Paso Locomotive FC plays their next match at home on Wednesday, July 17th against San Antonio FC. Season Ticket Memberships, Group Tickets, and Individual Match Tickets can be purchased at https://www.eplocomotivefc.com/ticket or by calling 915-235-GOAL!