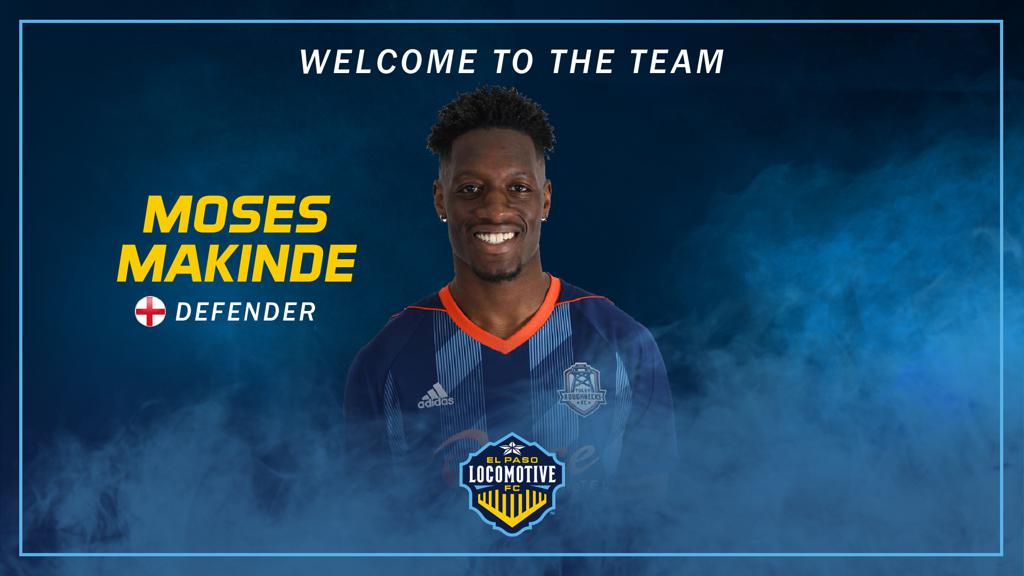 “I want to thank Calvin for his service here and wish him nothing but the best at Tulsa. Moses is going to offer us much needed depth to the back line that has been down to the bare bones this last couple of weeks. We look forward to integrating him into the group this week,” said Coach Mark Lowry.

The English-American defender was born in London and played his collegiate career with North Carolina State Wolfpack from 2010-2013, making 69 appearances and scoring twice. Makinde has played in the United States, England, Germany, Romania and Sweden. Makinde made 21 appearances with Syrianska FC (Sweden) and that season the club was promoted to the second division in Swedish Football.

El Paso Locomotive FC plays their next match at home on Saturday, July 17th against San Antonio FC. Season Ticket Memberships, Group Tickets, and Individual Match Tickets can be purchased at https://www.eplocomotivefc.com/ticket or by calling 915-235-GOAL!