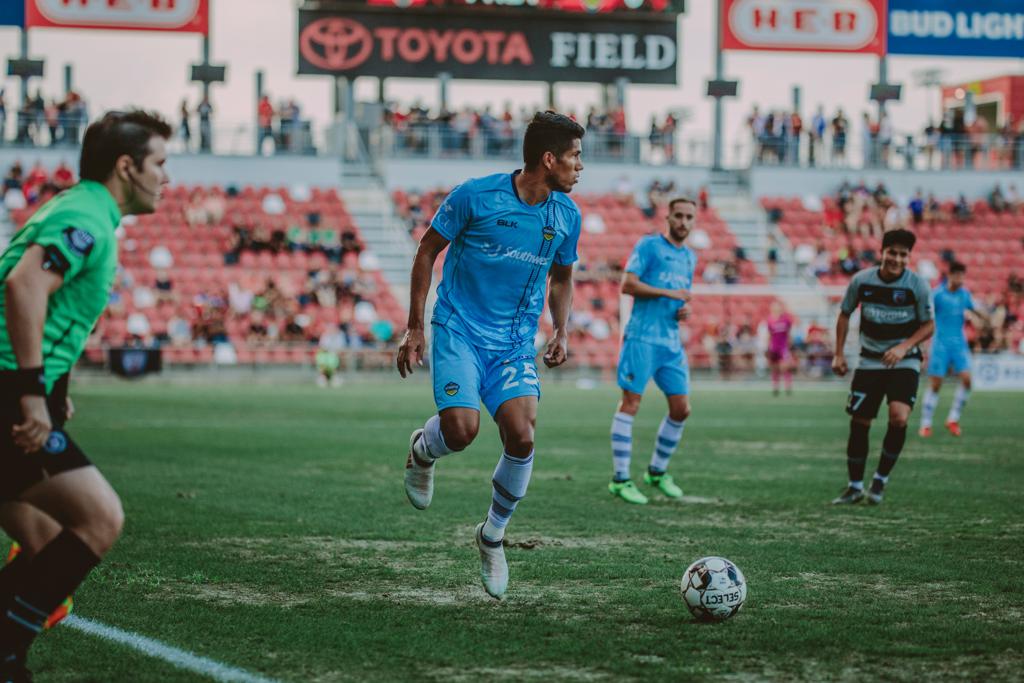 EL PASO – June 26, 2019 – El Paso Locomotive FC remain unbeaten on the road with a nil-nil draw in San Antonio. This is the first of their three straight road games over the next 10 days. El Paso will travel to Fresno to face the Foxes this Saturday.

Goalkeeper Logan Ketterer came up with a massive save in the opening minutes of the match to keep things scoreless. San Antonio FC was awarded a penalty in the 17th minute and sent a booming shot into the right corner of the goal. Ketterer showed his professionalism under pressure and got explosive, getting both hands on the shot to deny San Antonio the lead.

Drew Beckie had to exit the match in the 43rd minute seeing midfielder Omar Salgado drop to left back. Locomotive came out with a gutsy draw and a road point in front of 75 plus traveling supporters from El Paso.

El Paso sit in third place in the Western Conference with 27 points and have conceded the least amount of goals (13) in the West this season. Ketterer is in second place across the league for most clean sheets (eight).

El Paso Locomotive FC plays their next match at home on Saturday, July17th against San Antonio FC. Season Ticket Memberships, Group Tickets, and Individual Match Tickets can be purchased at https://www.eplocomotivefc.com/ticket or by calling 915-235-GOAL!