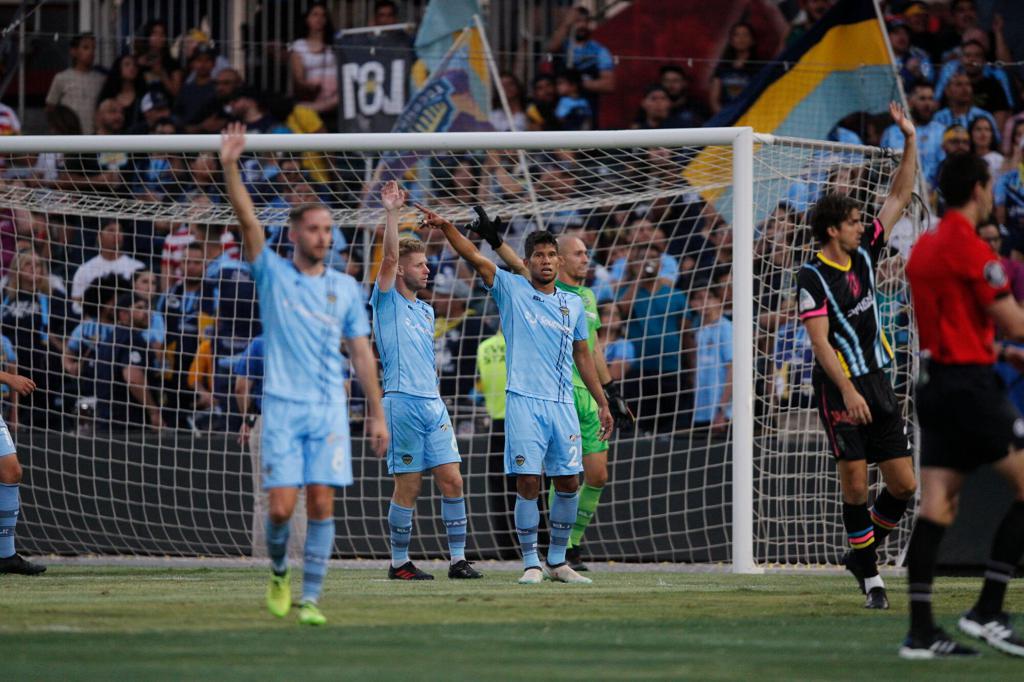 EL PASO – June 22, 2019 – El Paso Locomotive FC packed Southwest University Park with 8,117 fans, resulting in the second largest crowd in franchise history behind their historic home opener on March 9th. The energy and buzz in the stadium carried the cheers of the fans into the El Paso night as Locomotive battled for 90-minutes.

El Paso’s nine game unbeaten streak came to an end at the hands of Las Vegas who came into this match after a thundering 5-1 victory over New Mexico United. Locomotive saw a shift in the backline after losing three key performers due to injury but maintained 74 percent of the possession and only faced one shot on target.

“The guys did a great job in the second half. Edson did great when he came on. He got off some good shots and, on another day, those go in,” said Coach Mark Lowry.

El Paso Locomotive FC plays their next three matches on the road. They return home on Wednesday, July 17th to face San Antonio. Season Ticket Memberships, Group Tickets, and Individual Match Tickets can be purchased at https://www.eplocomotivefc.com/ticket or by calling 915-235-GOAL!