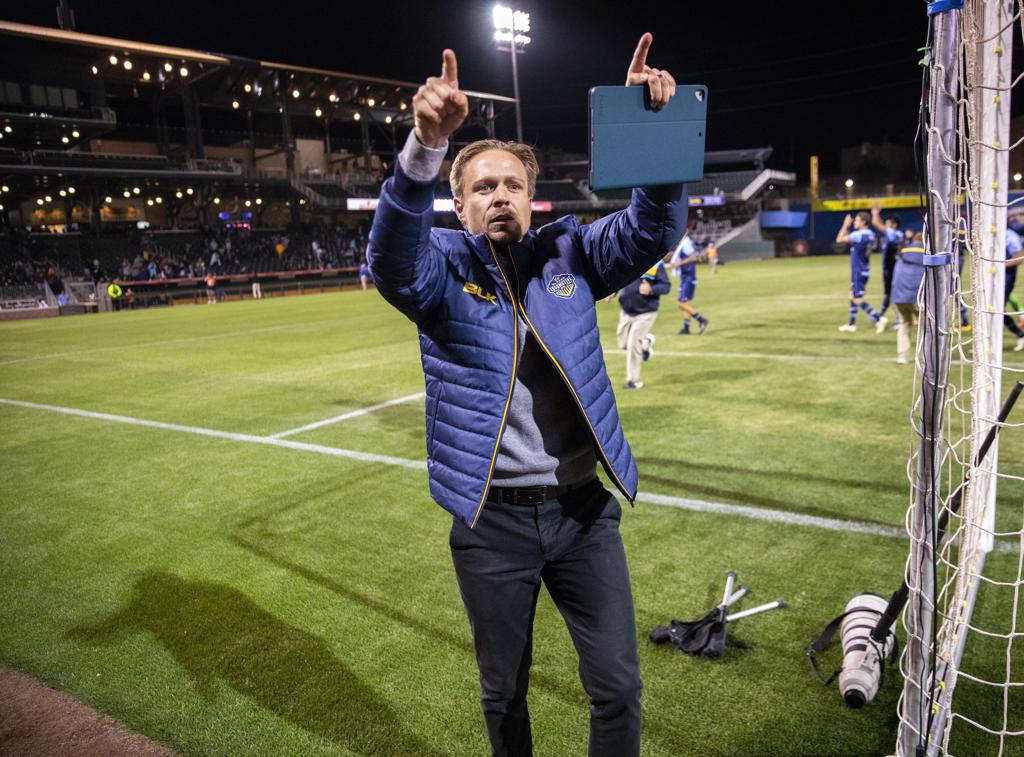 EL PASO – June 15, 2019 – El Paso Locomotive FC extended their undefeated streak to nine straight league matches with the win against Tulsa Roughnecks FC. USL Player of the Month Jerome Kiesewetter asserted his dominance and scored his tenth goal of the season putting him in a first-place tie for goals scored across the league while playing four games less than the rest of the field.

Sebastian Contreras showed his grit and professionalism tonight; scoring the first goal and drawing the penalty in the second half. Omar Salgado once again dominated in his new position on the wing, leading to the first goal. In the 37th minute, Salgado was unstoppable on the wing and took the ball deep into the Tulsa box, sending a perfectly placed cross that Contreras was able to convert.

The goal to break Tulsa came in the 67th minute when Contreras outclassed and out dribbled two Tulsa defenders who would have no other choice but to put him down in the box. Who else but Kiesewetter would step up to take the penalty? In calculating and clinical fashion, the German-American converted from the spot by sending a booming shot into the upper 90. El Paso would close the night with a big win and three points on the road boosting them up the rankings.

El Paso Locomotive FC plays their next match at home on Saturday, June 22nd against Las Vegas. Season Ticket Memberships, Group Tickets, and Individual Match Tickets can be purchased at https://www.eplocomotivefc.com/ticket or by calling 915-235-GOAL!