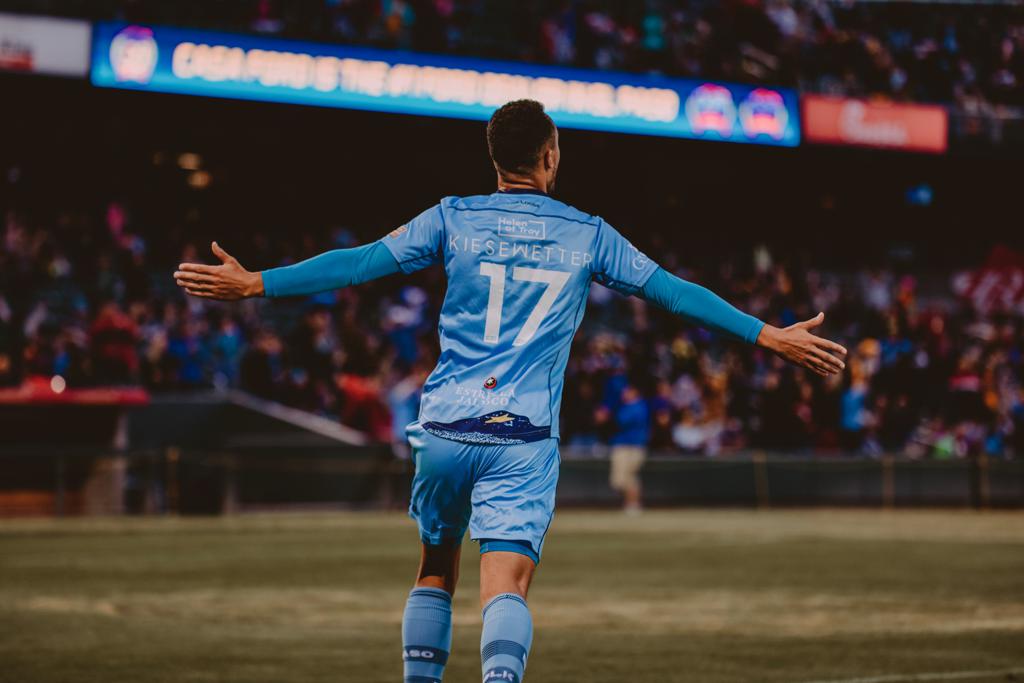 El Paso Locomotive FC forward Jerome Kiesewetter has been voted the USL Championship’s Player of the Month for May after recording six goals in four games to lead his club to an undefeated record over the course of the month and an inside line to a berth in the USL Cup Playoffs at the end of the season.

The former United States Men’s National Team member, Kiesewetter joined Locomotive early this season and has made an impressive impact with the club. In addition to his six goals during May, Kiesewetter has recorded nine goals in nine appearances overall to sit in a tie for second place in the race for the Championship’s Golden Boot, one behind New Mexico United’s Kevaughn Frater going into this weekend’s action.

“I am very excited to be named player of the month,” said Kiesewetter. “I know there were a bunch of other great players on the list and I am grateful to have won. I am thankful to everyone who voted for me and want to continue playing like we have as a team.”

Kiesewetter received 52 percent of a weighted poll that included the USL Championship Technical Committee, a national panel of independent media representing every USL market and an online fan vote held at USLChampionship.com. The Tampa Bay Rowdies goalkeeper John McCarthy finished second on 26 percent after recording nine saves and four shutouts over the month, while Indy Eleven goalkeeper Evan Newton finished third on 18 percent after also going the month without conceding in league play.

El Paso Locomotive FC plays their next match at home on Saturday, June 22nd against Las Vegas Lights. Season Ticket Memberships, Group Tickets, and Individual Match Tickets can be purchased at https://www.eplocomotivefc.com/ticket or by calling 915-235-GOAL!