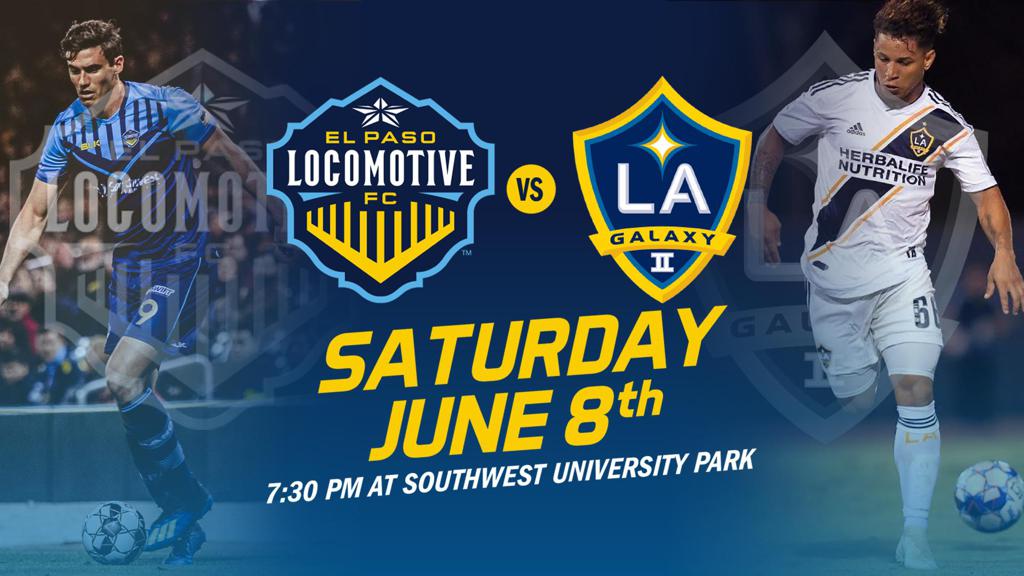 El Paso Locomotive FC plays their first home match in June against LA Galaxy II. Last week, El Paso traveled to the Pacific Northwest for the second weekend in a row to face Tacoma Defiance. El Paso came away with 3 points after an impressive road performance against a Tacoma side that had shown improvement across their previous three matches.

With that win, El Paso currently sits in sixth place at 20 points with four other Western Conference squads. Locomotive are five points behind leader New Mexico and have played two fewer matches.

El Paso is unbeaten in their last seven matches and will face an LA squad who have drawn in their last four matches. Jerome Kiesewetter showcased yet again, his scoring prowess and notched his seventh goal of the season in Tacoma. Kiesewetter is up for Player of the Month honors and Goal of the Month honors. The German-born American's presence has duly been felt and he is searching for that eighth goal.

Defender Mechack Jérôme is still on international duty with Haiti for the 2019 CONCACAF Gold Cup and newcomer, Drew Beckie has fit into his role smoothly. In the match vs Tacoma, Beckie had a goal-line clearance that kept El Paso in the fight.

This will be the first meeting between the two clubs. El Paso travels to LA in October to close out the series and the end of the regular season.