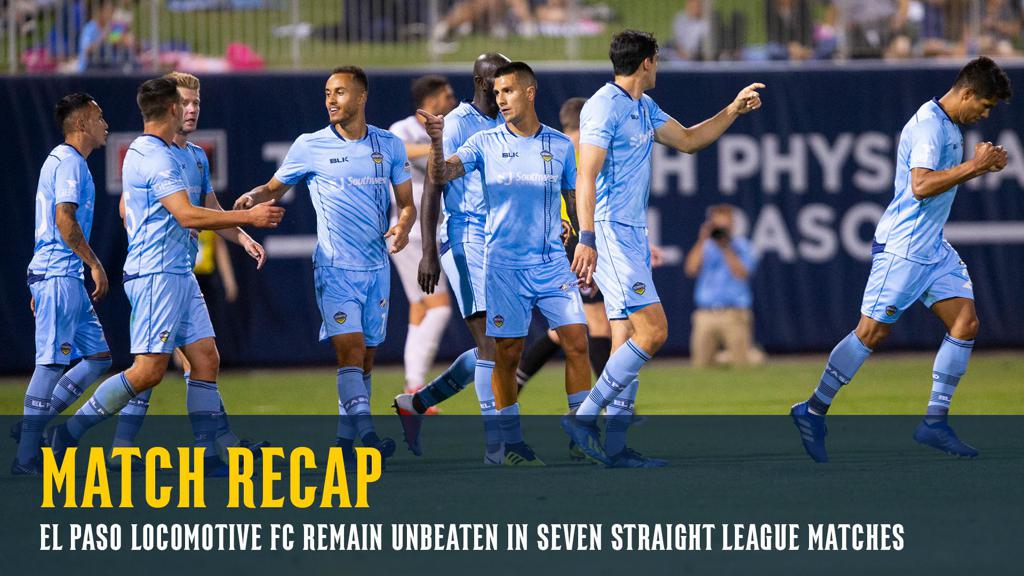 Forward Jerome Kiesewetter notched his seventh goal of the season to give El Paso the lead in the first half. Kiesewetter has appeared in eight matches for El Paso since he signed in early April and has shown his goal scoring pedigree. He is currently tied for fifth in goals scored across the entire USL Championship. Tacoma would convert a late goal to bring things level heading into halftime.

El Paso’s second goal of the night came off a substitution. Within seven minutes of stepping onto the pitch, Midfielder Calvin Rezende grabbed his second goal of the season in the 68th minute after he relieved Yuma. Midfielder Omar Salgado sent a bouncing cross in front of the Tacoma goal and Rezende was on the other end of it, sending it thundering into the back of the net.

El Paso Locomotive FC plays their next match at home on Saturday, June 8th against LA Galaxy II. Season Ticket Memberships, Group Tickets, and Individual Match Tickets can be purchased at https://www.eplocomotivefc.com/ticket or by calling 915-235-GOAL!