Platform 915: Catching up with Jerome Kiesewetter 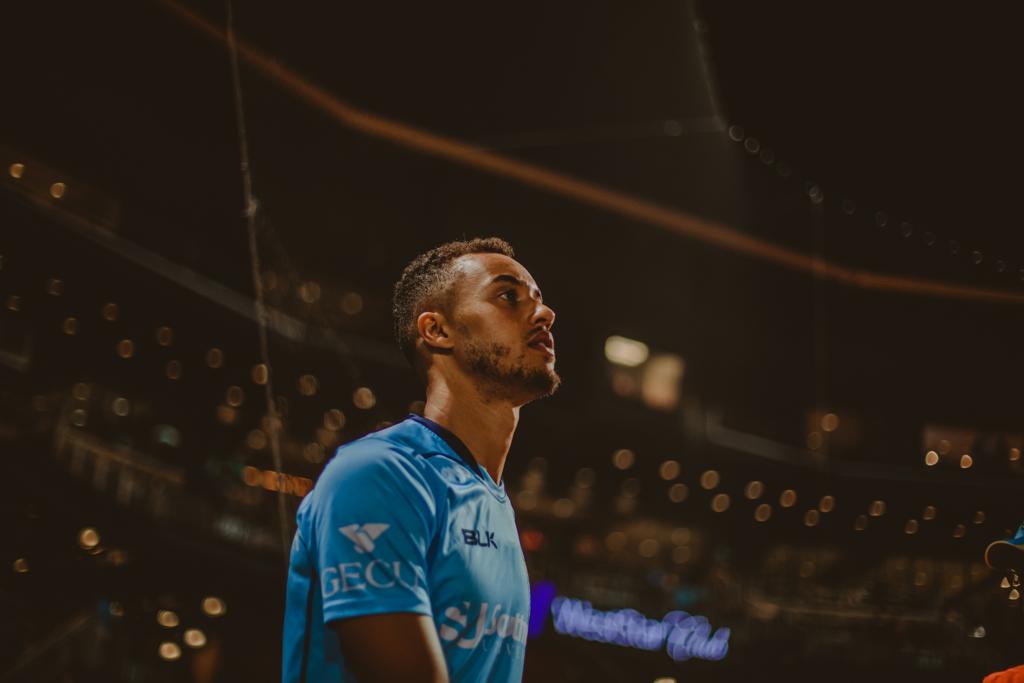 “Send it in Jerome!” “Kiesewetter gets his second of the night!” “Six goals in three straight matches!” If you have tuned in to a Locomotive broadcast, or been on Twitter these past three weeks, the chance you have heard any of the aforementioned lines is as high as Jerome Kiesewetter’s appearance to goal ratio – hint, it is 6/6. Since his addition to the Locomotive attack, the German-born American has grabbed three braces in consecutive matches, been named to USL Championship Team of the Week three weeks in a row and has accelerated to the top of the leaderboard as the go-to Loco goal scorer. As Coach Mark Lowry puts it, “if you have a happy number nine, then that’s a start.” The striker who wears number 17 has ignited the Locomotive attack and with that, has helped rocket the squad into seventh place; five points behind the leader with two games in hand.

Kiesewetter officially became a part of the crazy train on April 2nd, and when it was announced that the former Bundesliga and USMNT attacker was coming to El Paso, the internet responded accordingly. “One of my favorite signings of the year … What a grab … Thrilled to see what he will do in El Paso.” The expectations set before him were monumental, his reaction and ability to rise and exceed them have solidified the mantra, “nothing stops this train.”

One aspect of Jerome’s game that hasn’t been fully discussed is what it means coming to both a new city, a new country and a new culture. Until now the 26-year-old former VfB Stuttgart and Düsseldorf man had never lived in the United States for an extended period of time. His closest ties to the red white and blue came by way of international duty when he swapped the Düsseldorf patch for the USMNT badge on his chest. With his 31 appearances for the youth and senior USMNT beginning back in 2011, 2019 would be the year the Berliner would move to the US.

“The people here are very friendly, and the food is amazing. If you like food, come out here,” the striker tells me while standing in the shade after an intense training session with the squad.

“El Paso is very nice, I like it. I haven’t been able to explore too much yet because we have been so busy. My wife and I are looking forward to a few days off so we can take our daughter to the zoo and some other places.”

Jerome and his wife Sylwia quickly discovered that they weren’t the only Germans in El Paso and started to understand just how deep the multicultural aspects of the 915 ran. “Getting connected with the German-Americans here has really helped us get our footing. These guys have been here for years and they keep telling us how much they love it here and how nice of a city it is,” said Jerome. Any native El Pasoan will ring this to be true; no matter who you are, you can find community in the Sun City. There is an inclusiveness that transcends language and that creates a unique culture.

With a population nearing 700,000, El Paso is still one of the best-kept secrets in the U.S. When you ask someone about El Paso, you never know what kind of answer you are going to get. “Jerome, before you signed with Locomotive, what did you know about the city?” we asked.  “My wife and I really didn’t know that much about El Paso before coming here. I think we knew a bit about Juarez but that was it,” answered Jerome. “When you get here you realize the misconceptions and that it is super safe, and you understand how great and nice of a city it is.”

What makes this city great is in part, the people who call it home. “Playing home games is a great experience. You can immediately tell the difference when we travel to play other teams in other cities. You can just see how different our support is at home compared to other teams. Our fans are better than any other team’s,” commented Jerome. “They are also a reason for our success. They don’t stop cheering and supporting us no matter what and it makes a big impact on us as players. When the fans push us, it gives us another one or two percent to push back and help us win games.”

From the food, the community, the weather, and the fans, the Kiesewetter family is happy to call El Paso home and Jerome is ready to continue doing what he does. “I came here to play hard and play well. I am here for my team and the coaching staff. I just want to keep working hard and winning games,” finished Jerome.