Back-to-back Team of the Week Honors for Jerome Kiesewetter 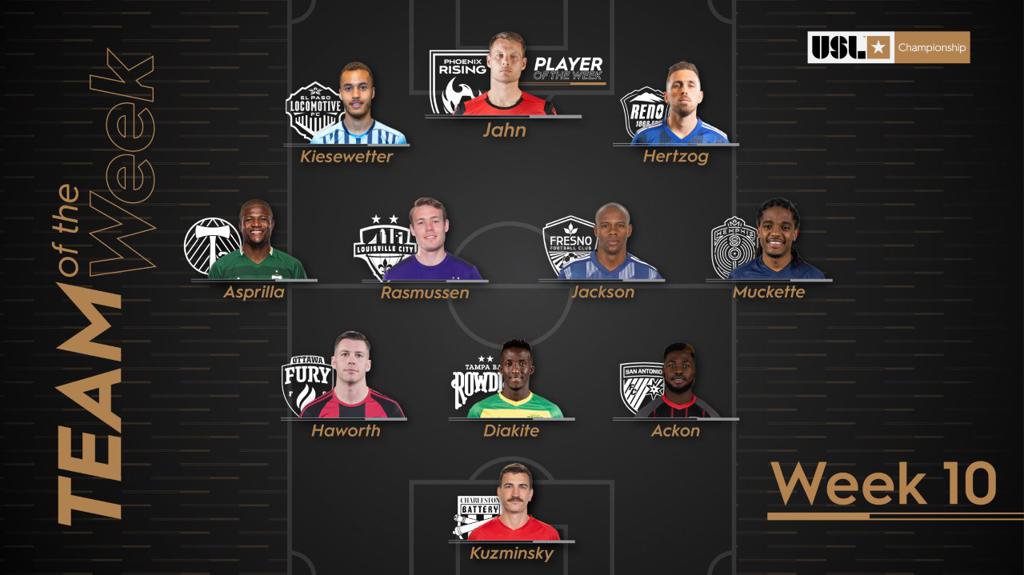 USL Championship Team of the Week

M – Dairon Asprilla, Portland Timbers 2: Asprilla scored a pair of goals and had one key pass as Portland moved back to the top of the Western Conference with victory against Tacoma.

M – Magnus Rasmussen, Louisville City FC: Rasmussen scored twice in two outings including a standout finish in the club’s win on the road against Birmingham and recorded three key passes.

M – Jackson, Fresno FC: Jackson recorded a goal and assist in the Foxes’ victory against the LA Galaxy II, and over two contests during the week made 18 recoveries, completed 45 of 62 passes and won 14 of 22 duels.

M – Duane Muckette, Memphis 901 FC: Muckette scored the opening goal, completed 33 of 38 passes and made four recoveries as 901 FC took victory on the road against Hartford.