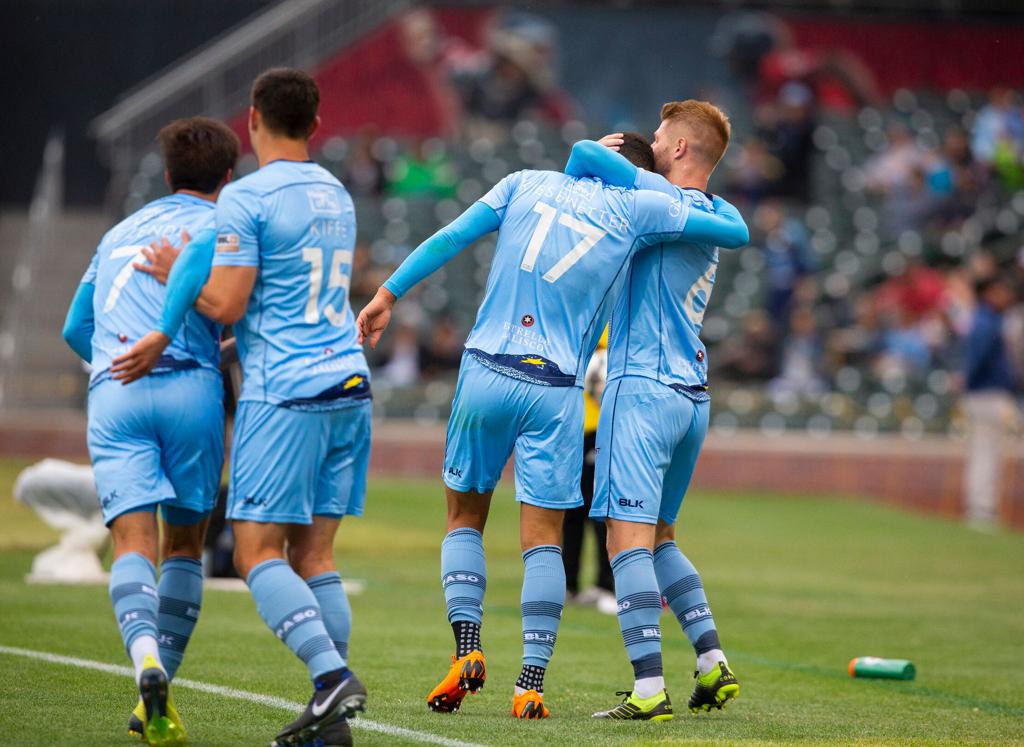 EL PASO – May 12, 2019 – El Paso Locomotive FC and New Mexico United kicked off the regional rivalry with a four-goal firefight. With a draw that ended in 2-2, Locomotive are on a four-game streak without a loss (two wins and two draws). They play at home this Wednesday in their first US Open Cup Match vs Forward Madison FC.

El Paso put New Mexico under intense pressure in the first half and opened their scoring account first. Richie Ryan came up with an interception in the middle of the pitch and passed it off to Calvin Rezende. Rezende fought off a defender, took a few touches towards goal and connected with Jerome Kiesewetter who fired it right between the keeper’s hands. New Mexico’s Sam Hamilton answered with one of his own 9 minutes later to close the half leveled at 1-1.

Kiesewetter wasn’t done yet, in the 65th minute he scored a booming header off a perfectly placed ball from Sebastian Contreras that found him in the box. This makes back-to-back matches where Kiesewetter has scored two goals. A late goal tied things up for the visitors, leaving the teams to split the points.

“We played brilliantly. The possession the chances we created; it was superb. Keep in perspective, the last four games we remain unbeaten. We had another great performance tonight against New Mexico who are a great team. We controlled that game and restricted them,” said head coach Mark Lowry.

El Paso Locomotive FC plays their next match at home on Wednesday, May 15th against Forward Madison FC in the Lamar Hunt US Open Cup. Season Ticket Memberships, Group Tickets, and Individual Match Tickets can be purchased at https://www.eplocomotivefc.com/ticket or by calling 915-235-GOAL!