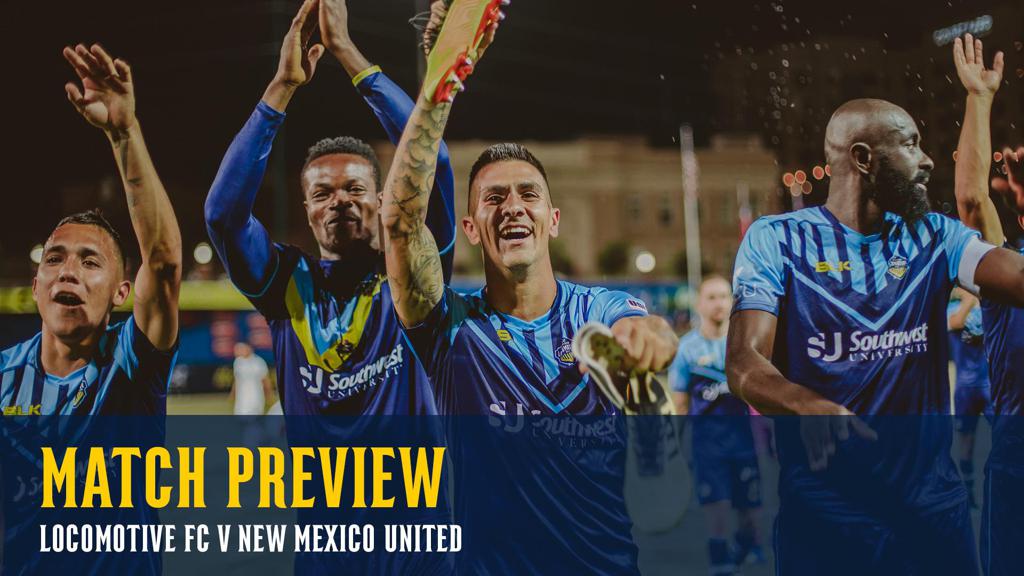 A rivalry begins this Sunday in the Sun City as number one New Mexico United makes the 275-mile trip south to face El Paso Locomotive FC. This will be the first regular season meeting between the two clubs and the hype is real. New Mexico comes into this match topping the Western Conference standings. New Mexico also leads in goals scored this season (22). The New Mexico attack will be met with a tenacious and hardened Locomotive defensive unit.

El Paso’s goalkeeper Logan Ketterer leads the West in clean sheets (five) and has conceded half as many goals as New Mexico’s Cody Mizell. “That’s all the defense. We don’t give up a lot of shots each game. We handle our crosses extremely well. They are doing so well blocking everything for me. I have to handle a few things every game and that’s about it,” said Ketterer.  In their past two matches, El Paso has held their opponents to eight total shots on target combined.

On the offensive front, forward Jerome Kiesewetter netted two goals in his dominating performance against Colorado Springs. The German-born American has bought into the Lowry system and is reaping the awards.

Banter has been active. Both team’s supporters’ groups have exchanged words. Sunday it all comes life. The next leg of the competition will be held in Albuquerque on July 31 when the two expansion sides meet for the second time.