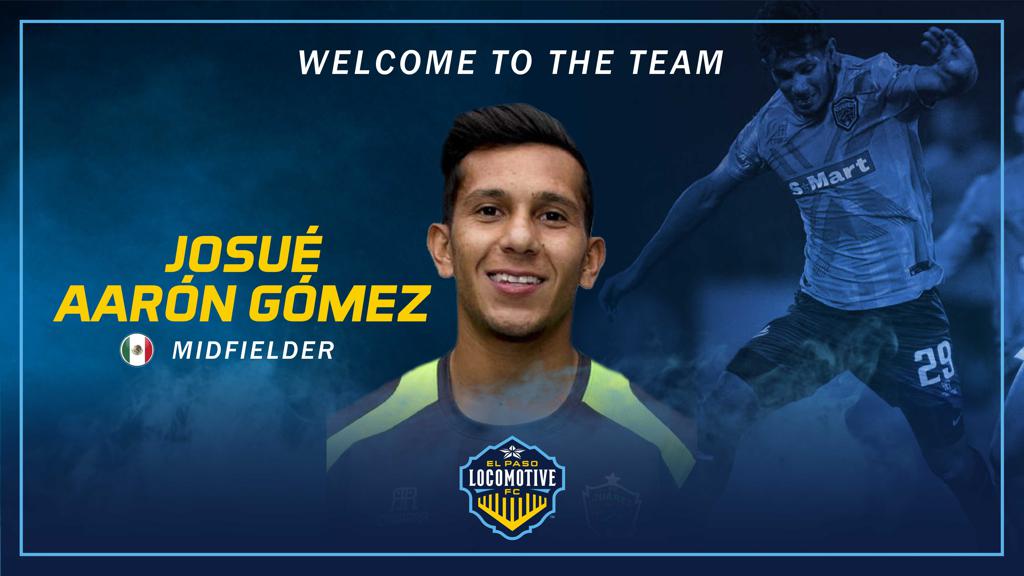 “We are very pleased with this signing as it signifies two major areas for us as a developing club.  One, we now have another quality, local talent who has played at an extremely high level in Mexico and can help us continue to win games in El Paso.  The second and equally important part of this signing is the continued unique relationship with our sister club, FC Juarez,” said Locomotive General Manager, Business Operations Andrew Forrest. “Growing the game and showcasing the high-level talent we have in our collective region is imperative. This is a perfect example of how we can benefit one another as we both strive to be the best teams in our respective leagues.”

Gómez has appeared in 38 matches in the Ascenso MX and has acquired five goals. He also appeared in 15 Copa MX matches and netted two goals for the Bravos. “I am very happy to be with this club. I think it is going to be a challenge, but I can demonstrate my value as a player,” said Gómez.

El Paso Locomotive FC plays their next match at home on Sunday, May 12th against rival New Mexico United. Season Ticket Memberships, Group Tickets, and Individual Match Tickets can be purchased at https://www.eplocomotivefc.com/ticket or by calling 915-235-GOAL!