Kiesewetter was born in Berlin, Germany and has played with multiple teams in the Bundesliga, the highest division of German soccer. 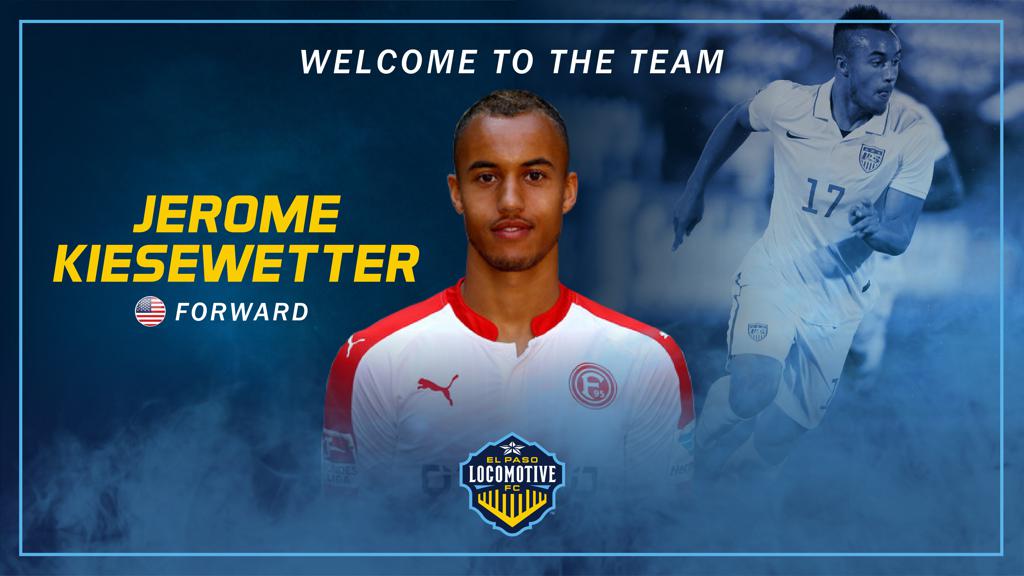 Head coach Mark Lowry said, “I would like to thank our ownership group and management for giving us the opportunity to bring in a player of Jerome’s caliber. He is a player that is going to fit in perfectly with the attacking talent we already have at the club. His experience in Germany and at the International level with the U.S. gives an idea of the type of quality we want here and the desire we all have to make El Paso Locomotive FC an entertaining, attacking, winning team.”

El Paso Locomotive FC plays their next match at home on Saturday, April 13th against Phoenix Rising FC.  Season Ticket Memberships, Group Tickets, and Individual Match Tickets can be purchased at https://www.eplocomotivefc.com/ticket or by calling 915-235-GOAL!